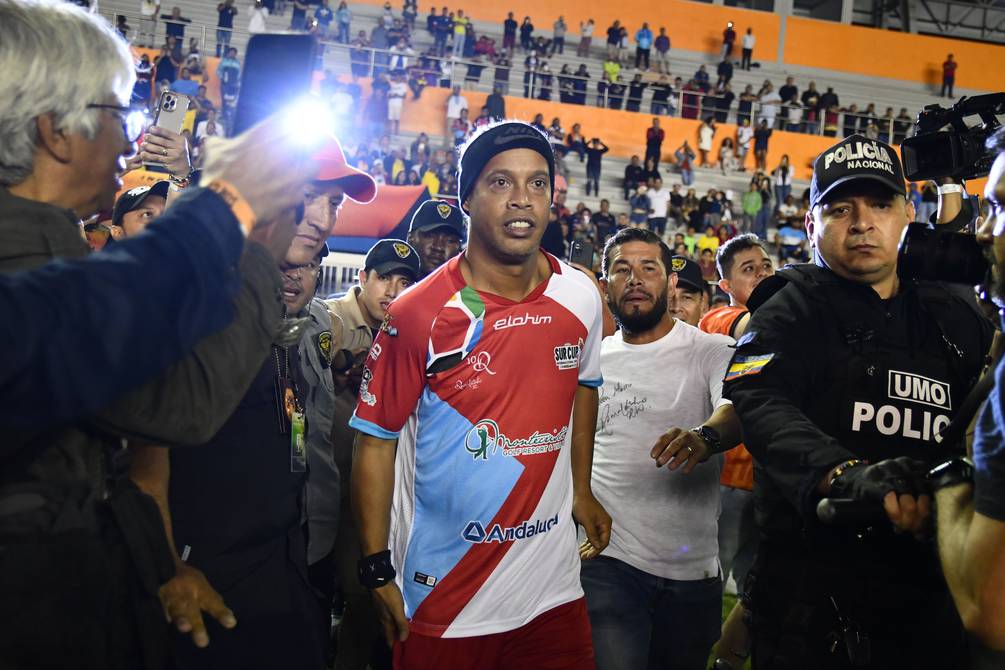 Former Brazilian soccer player Ronaldinho Gaúcho delighted the Ecuadorian public this Saturday by dressing in shorts to play an exhibition match with other former players at the Jocay stadium in Manta.

The former figure of Paris Saint-Germain, FC Barcelona, ​​AC Milan and Flamengo, among other clubs, was the great attraction of the match of legends that sponsored the celebration in Manta of the Sur Cup Internacional, a children’s soccer tournament with teams from Ecuador and from Panama.

Dinho’s presentation was rounded off with an entry celebrated by his teammates, such as Patricio Urrutia, an Ecuadorian selected in the 2006 World Cup in Germany and winner of the 2008 Libertadores Cup, 2009 South American Cup and the 2009 and 2010 Cup Winners’ Cup with Liga de Quito.

Some 1,500 children from the different local schools that will participate in the International Sur Cup, whose venue is the port city where the Dolphin plays their matches, were among the attendees who verified the magic that Ronaldinho still retains.

This is the third time that the 2005 Ballon d’Or winner has visited Ecuador after retiring from professional football. 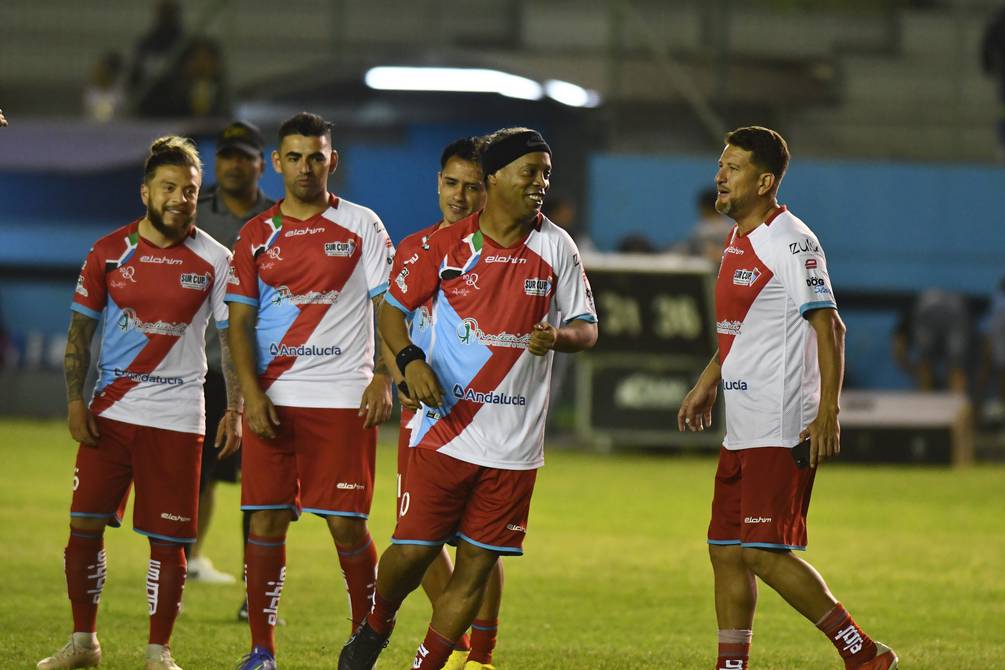 In 2016 he was invited by Barcelona Sporting Club at the Yellow Night, where he starred in a great show. 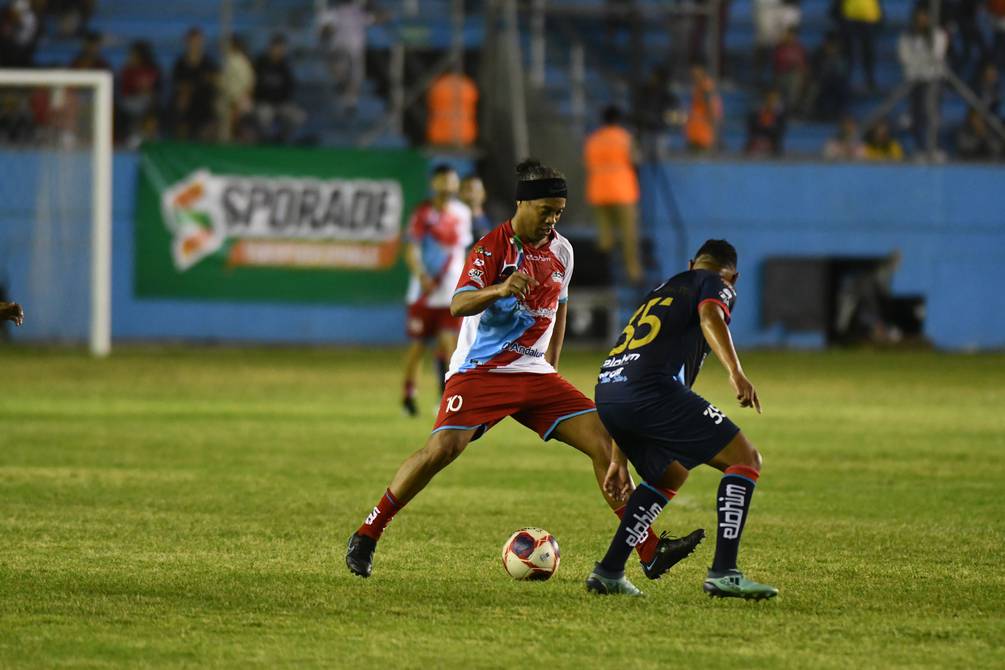 In August of this year he also visited Quito, which enjoyed his presence and where the children received him and shared some of his plays, following the invitation of the Ecuadorian LigaPro, which is organizing the local tournament for the fourth consecutive season. (D)

Women’s Football: Barcelona Women’s sets a new record for spectators: 91,648 at the Camp Nou!
Pumas: How much did your three Brazilians cost you?
Russia ‘considers SWITCHING from European football to Asia’ after being kicked out of Champions League and World Cup
FOOTBALL 4363

Loading...
Newer Post
Motorsport or boxing? The deplorable reaction of a pilot against a colleague in the middle of a Nascar competition
Older Post
Mount Rushmore in the UFC according to Sean O’Malley