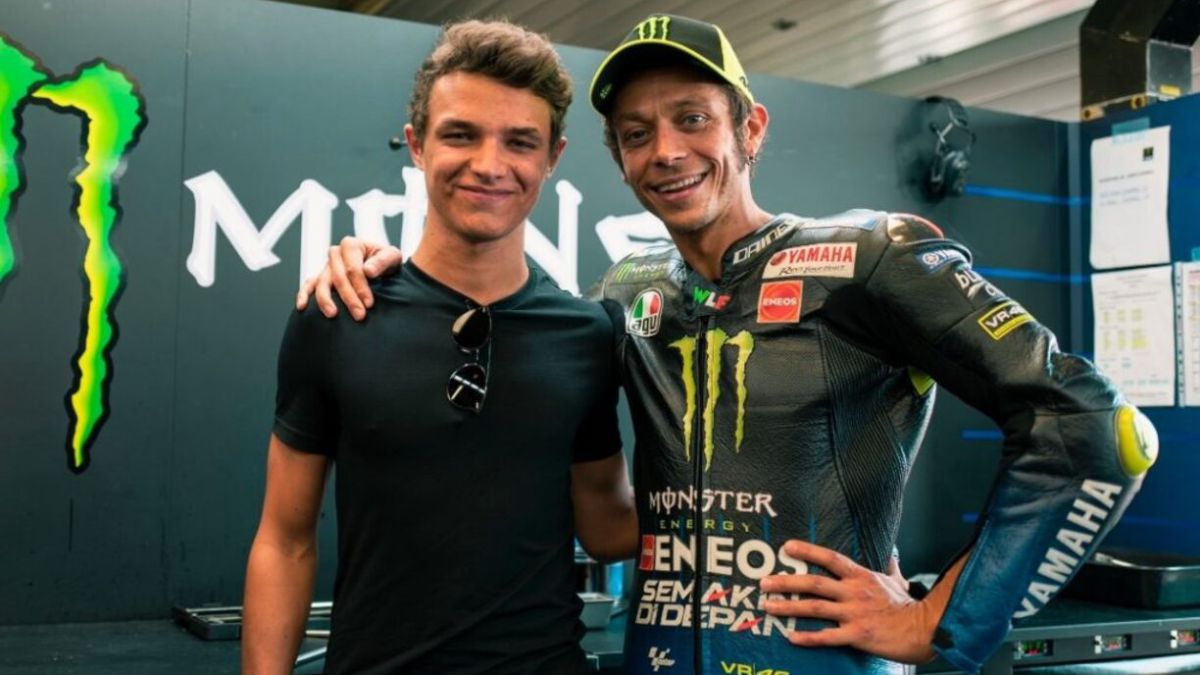 He still does not have closed plans, he has not decided in which competitions he will be present, but Valentino Rossi already feels like a car dri

He still does not have closed plans, he has not decided in which competitions he will be present, but Valentino Rossi already feels like a car driver. From where the curtain was finally lowered after the Valencia Grand Prix, the Italian has left his facet as a MotoGP rider on hold, with many things still to be assimilated, although with his mind already set on four wheels. You have not lacked offers, but you have time to think about what your first step will be in this new stage that is still beginning. The positive for Il Dottore is that he is no longer in a hurry and, even with some duties to fulfill, he is already enjoying his time as a former MotoGP rider and legend.

“Having the summer free to travel, visit places, enjoy vacations, not always have a deadline for a race … I will be able to do everything much more relaxed,” he commented to La Gazzetta Dello Sport on his recent visit to the EICMA in Milan, one of the largest motorcycling fairs in the world and through which a large part of the World Championship grid has passed this week. And, faced with a new life away from the spotlight, Rossi admits that what is “most curious” to him is his future fatherhood: “As everyone tells me, it is something that changes your life. Besides that I have many things to do, it will be all great. ” Of course, he acknowledges that “it has nothing to do with MotoGP.”

And it is that it will be difficult, if not impossible, to replicate everything that Rossi has experienced in 26 years of competition. Although 2022 is presented as a very special year for the Italian, not because of the birth of his daughter, if not because he will be able to occupy his time in his other great passion: cars. And, despite the fact that Formula 1 is something unattainable, you are already thinking of other championships in which winning is an option at your fingertips: “Maybe the World Endurance Championship, then the 24 Hours of Le Mans or Spa with a GT car, but I still have to understand which team I will race with. ”And the negotiations continue with a brand that every Italian wants to race with: “I’m talking to Ferrari, it would be nice, a dream.”

A dream that he could even fulfill in 2006 when, having won everything in MotoGP and after a test with the Scuderia where he had impressed, had the opportunity to make the leap to Formula 1. However, Rossi felt that his site was still on two wheels. And he was not mistaken, although his other dream would have been cut short forever. Nor was it the last time he was seen taking a car: drove Hamilton’s Mercedes in a private test in Valencia, where the British also tested his Yamaha M1, with times that surprised again. And now, it is Lando Norris, McLaren driver, who makes the latest proposal to the Italian.

The young Briton, a follower of Valentino since childhood, raised him at the last Brazilian Grand Prix the possibility of carpooling in the not too distant future. An invitation that the world champion could not refuse and that, in fact, summed up as a “fantastic” idea: “I am always in contact with Lando because he is my fan from the beginning. He made a special helmet like mine in Monza. I follow him a lot because I think he’s a great, great talent, and he’s also very young, he’s a funny guy. “

“About racing together next year, for me it would be great because Lando is very fast. I will race in cars and if I can do a race with Lando for me it will be a great, great pleasure because he is very fast and we can enjoy it for sure “, Rossi adds to the Italian’s proposal to then reveal another of his great plans for this next 2022: “Next year, with more time, I want to try to go see a Formula 1 race.” Although the management of his team in MotoGP and his competition plans, where the maximum would be to reach the 24 Hours of Le Mans, could complicate the visit. But, despite everything, the year looks very exciting for Rossi, who will not have time to miss the competition on two wheels.

MotoGP 2021: The team that Acosta advises signs a former rival to take his Moto3 champion
Sanitat elaborates an anti-covid decalogue for the Valencia GP
Bastianini is the first since 2019 to make his MotoGP debut with a top ten
MOTOGP 255

Loading...
Newer Post
Mavericks 114-120 Wizards | NBA: Another sterile recital from a Luka Doncic (33 + 10) who is too lonely in these Mavericks
Older Post
Eddy Reynoso, Canelo coach will donate 1 million pesos for each Atlas goal