Rossi looks eager at home: “I’m going to give it my all” 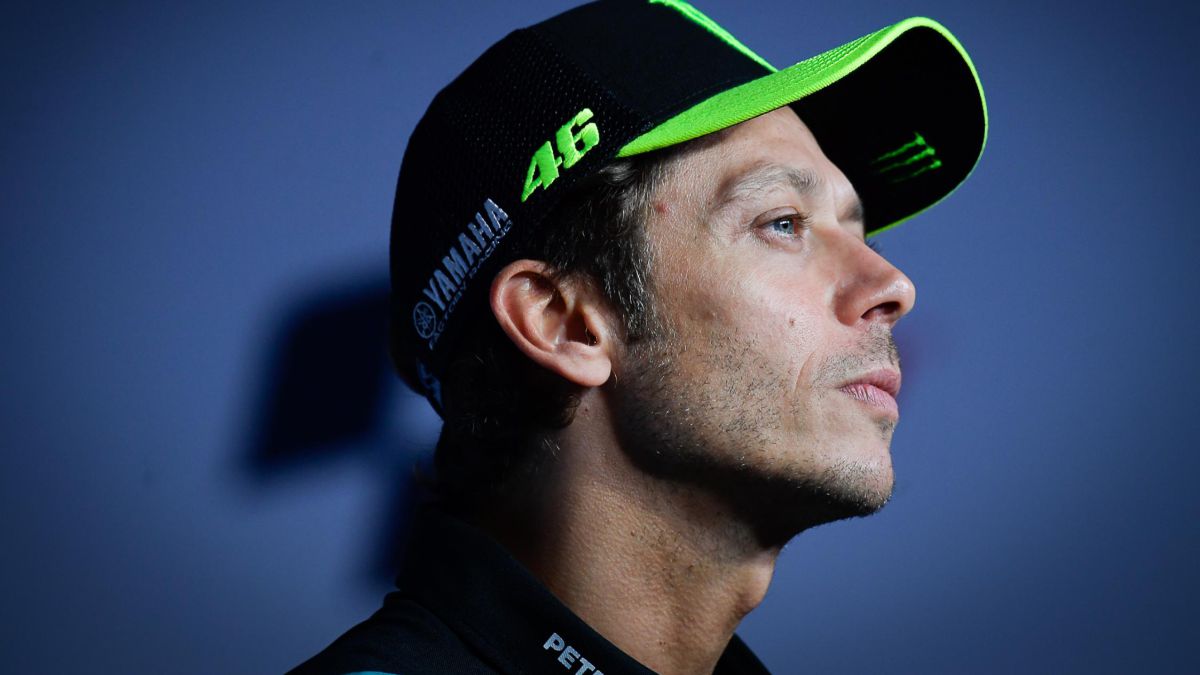 Valentino Rossi is back at home racing, exactly twelve kilometers from home, from his native Tavullia. He will do it at 42 years old and for the p

Valentino Rossi is back at home racing, exactly twelve kilometers from home, from his native Tavullia. He will do it at 42 years old and for the penultimate time, because the changes in the calendar caused by the coronavirus have caused him to visit the Marco Simoncelli of Misano a second time in a few weeks, around Texas and before repeating in Portimao. Now it is done under the name of the San Marino GP, the same as The doctor he has previously won three times (2008, 2009 and 2014) and, although he is not expected to be there to win, he will be the main focus of attention for the majority of the crowd. Even on the planes from Madrid and Barcelona to Bologna, fans dressed in yellow and wearing their 46 …

-Emotions? The fans are looking forward to seeing him …

-Misano is always a special race, a special weekend for me, because I live very close to here. Tavullia is very close. I grew up on this circuit as a pilot. The first time I rode a big bike was at this circuit. If I remember correctly, it was 1992, 30 years ago and it was fantastic. It is something very emotional and we are going to have a lot of fans in the stands on Sunday, so it will be very important to give our best and be competitive. The most important thing is that, be competitive.

-What can you say about Pecco’s victory after reviewing Alcañiz’s career and what do you think of Morbidelli’s return as official Yamaha rider?

-We tried to watch the race with Pecco last Sunday, but unfortunately we didn’t have the chance to do it. I saw it alone and it was fantastic. It was a great race, with a great fight in the lead until the last lap and the truth is that Pecco drove flawlessly. The truth is that we are proud and happy that Pecco and Franco (Morbidelli) are in two of the best teams in the championship, in two factory teams. They will surely fight for the championship and I will follow them next year from the sofa at home.

-Are you going to risk more than necessary to achieve a great result on this track?

-On paper, I can go stronger in Misano, because in Aragon it was difficult for us and that is one of the worst circuits of the season for me. I usually go better in Misano. Last year I was good here, especially in the first race. That was a great race, because I was in the leading group. Unfortunately, I lost the podium on the last lap and now I’m going to give it my all and try.

-How will it be to share the box with Dovizioso in these races?

-I am very happy to have Dovi as a teammate, first of all, because we have a good relationship and we are great rivals. We have fought in MotoGP since 2008, since its first race, and we have fought great battles against each other. He is an important name for the championship, because in recent years he has done good results, and I am curious to see how he does with this bike.

-Is it difficult for you to compete having announced long ago that you are going to retire at the end of the season?

-Well no. The truth is that things do not change much. It is more or less the same. I had to say it in Austria because it was the right time.

-What is your best memory in Misano?

-I think my last victory here, in 2014, and the first time I rode a motorcycle here was unforgettable. When you enter a real circuit, it seems that you enter another dimension. It is something very different from driving on a normal road. And the 2014 victory because it was already about the modern era. It was very cool, with a very tough fight and I really liked it.

-Michelin has renewed with the championship. What would you like to see improved on your tires?

-The consistency and homogeneity, that the difference between tires is less noticeable is important.

Loading...
Newer Post
UFC hero Paddy Pimblett says he would like to fight Man United star Bruno Fernandes, whom he calls ‘overrated’
Older Post
They make up the Tlaxcala boxing team that will participate in the 2021 National Popular Games