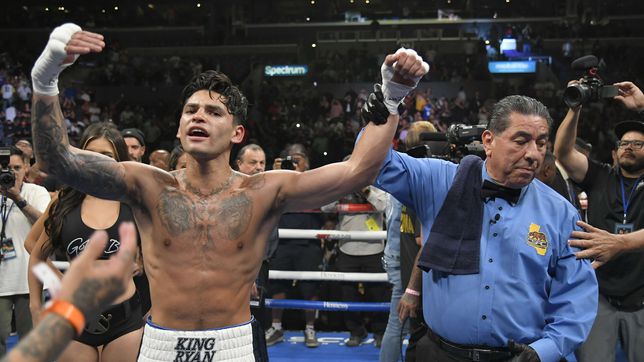 Ryan Garcia has reaped the rewards of beating Javier Fortuna at the Crypto.com Arena on July 16 by knockout in the sixth round and has now stepped

Ryan Garcia has reaped the rewards of beating Javier Fortuna at the Crypto.com Arena on July 16 by knockout in the sixth round and has now stepped forward to build his future with a home of his own.

According to the TMZ Sports report, Garcia bought a $3 million house in Southern California. The property is located in Porter Ranch, 30 miles north of downtown Los Angeles and is a two-story, five-bedroom, six-bathroom construction in Porter Ranch.

Subsequently, Brandon Soufer, a real estate agent, posted on his Instagram account about the 24-year-old boxer’s transaction and was proud of it.

“Congratulations to my brother @kingryan for buying his first house with me. I am honored to have the opportunity to be a part of this big step in your life. Here’s to celebrating more achievements together. I love you my brother,” Soufer posted on Instagram.

YOU MAY BE INTERESTED: Amir Khan sees Canelo victorious over GGG

The Los Angeles native is 23-0 as a professional boxer with 19 fast-track wins in lightweight and super featherweight. ‘King Ry’ debut was in June 2016 against Edgar Meza at the Rancho Grande Bar in Tijuana, Mexico.

In 2017 he won the super featherweight North American Boxing Federation title by knocking out Migue Carrizosa in the first round; subsequently, he made successful defenses against César Alan Valenzuela Zataraín, Fernando Vargas Parra and Jayson Velez.

In 2019 he won the WBC silver lightweight title by beating Romero Duno and in 2021 he won the interim title in the same category by beating Luke Campbell with a knockout in the seventh round.

Loading...
Newer Post
The most luxurious watches in F1: the watchmaking firms that sponsor the teams
Older Post
Today’s matches: the soccer agenda to watch on TV this Monday, September 12