Ryan Garcia responds to Mayweather on fight with Gervonta Davis: “at any weight, anywhere” 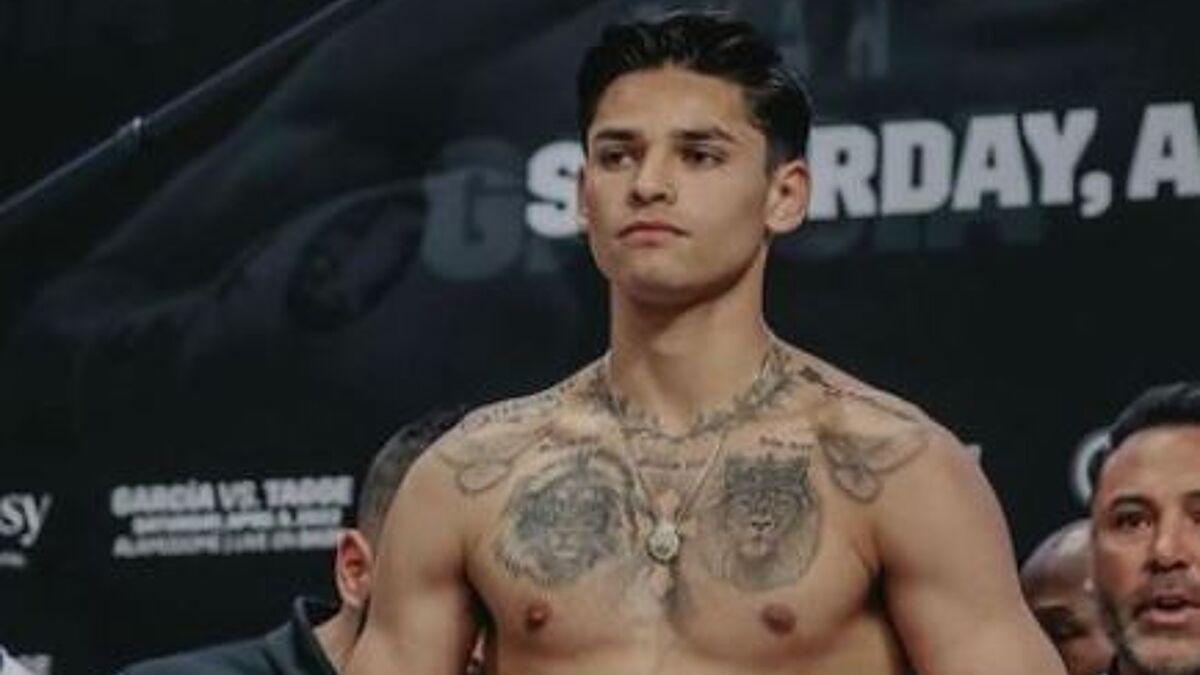 Lafter that Floyd Mayweather I would tell Ryan Garcia if you want to fight Gervonta "Tank" Davis be in the 135 pounds, the 23-year-old boxer respon

Ryan Garcia responds to Mayweather on fight with Gervonta Davis: “at any weight, anywhere”

Lafter that Floyd Mayweather I would tell Ryan Garcia if you want to fight Gervonta “Tank” Davis be in the 135 pounds, the 23-year-old boxer responded to “Money.”

“It’s any weight at any time anywhere, there’s your answer Floyd, oh yes, you can get it if you want.”, was the message that King Ry wrote accompanied by the video of the moment in which he knocked out Javier Fortuna.

Since Garcia beat the Dominican boxer last week, he insisted even more on a fight with Gervonta Davis, whom he ret to get in the ring against him in the 140 lbs.

“I felt much better fighting at 140 pounds. I’m not going back down to 135 for nothing, but I want to fight Tank, if Tank wants, it will be at 140. This fight will give me the respect I deserve,” the Mexican-American said at the time.

Floyd Mayweather, Gervonta’s promoter responded to King Ry’s requests and warned that a possible fight between the two boxers should take place in the lightweight division.

“The biggest man in boxing right now is tied to me, Gervonta ‘Tank’ Davis. The only thing this kid, Ryan Garcia, knows is ‘Tank.’ The only name he knows is ‘Tank.’ with ‘Tank’. It doesn’t matter, it’s the most important fight,'” he said in an interview for Fight Hype.

What does Gervonta “Tank” Davis say?

The boxer from Baltimore has been cautious in this regard, saying that Ryan Garcia is not a man of his word, although he does not rule out fighting him.

“I haven’t been going back and forth with Ryan because we all know he’s not a man of his word, but I know there’s a chance the fight could happen,” Davis said on social media.

And he prefers to be cautious about this possibility in case the deal does not take place: “I prefer to remain silent until the agreement is closed. Nothing means anything now,” he commented.

In case both boxers reach an agreement, the fight between Ryan Garcia and Gervonta Davis could be done in December.

Tags: Gervonta Davis - USA Latino, Ryan Garcia - USA Latino, boxing
When do Lucas Bastida vs. Josh Kelly fight for the world title?
Sergio Davies returned to boxing and hit the ground running
Boxing: Tyson and Will Smith’s slap: “It’s false; he needs to eat some of my (cannabis) gummies”
BOXING 3718