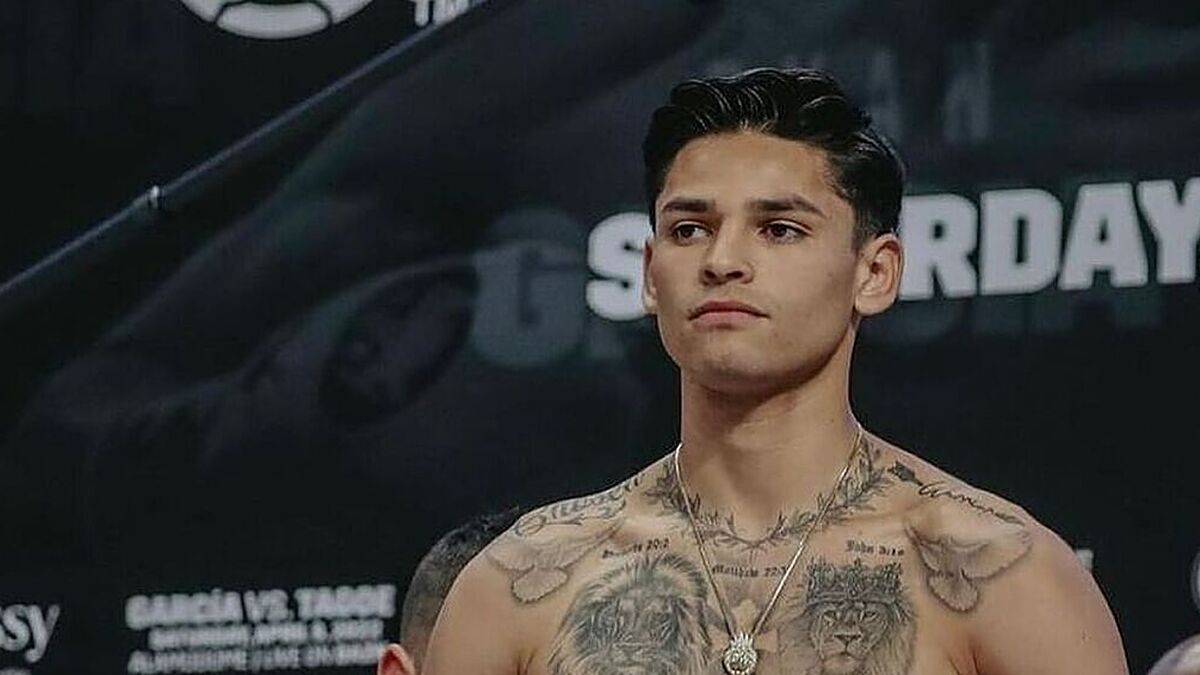 Ryan Garcia prepares for what could be his last fight before facing the 135-pound champion Gervonta 'Tank' Davis. Before, you must beat Javier For

Ryan Garcia prepares for what could be his last fight before facing the 135-pound champion Gervonta ‘Tank’ Davis. Before, you must beat Javier Fortunawith whom they will see each other a year after they both agreed on everything.

They both have a lot at stake. Garcia wants to get to the long-awaited fight against Davis. Fortuna, by his art, wants to get in the way of his plans and inflict the first loss of his career.

Ryan Garcia ready for the fight

“I can’t wait for you guys to see my fight this Saturday. I’m inspired to do something amazing,” he said. Ryan Garcia through social networks to their followers.

Later, he continued with the usual dialectical battle prior to the expected clash. and Ryan Garcia did not hesitate to ‘attack’ Fortuna again: “There are many results that could happen in this fight. There is a great possibility that Fortuna will be knocked out”, revealed the Mexican-American.

Don’t stay there Ryan Garcia do not forget the last statements of Javier Fortuna: “There are two options for him to finish. He ends up on his face or on his back. Those are the only two options. So I’ll be waiting for him. He said to rip my heart out and smash my face.”

King Ry also opened up about his fears as a professional boxer. Although he also wanted to appear self-confident in front of the public: “My deepest fear is not achieving what I want to achieve in life. I try to see things, and I try to accept what I cannot control and what I can control.”

Finally, he analyzed how he arrives at the long-awaited match after these weeks of training: “I’m going to do what I do and I’m excited. This camp has gone very well, guys. I’m very happy. It couldn’t have gone better.”

Loading...
Newer Post
UFC star challenged Nadal to four rounds of tennis and one of MMA
Older Post
“The only two options”: Ryan Garcia announced the result of his next fight