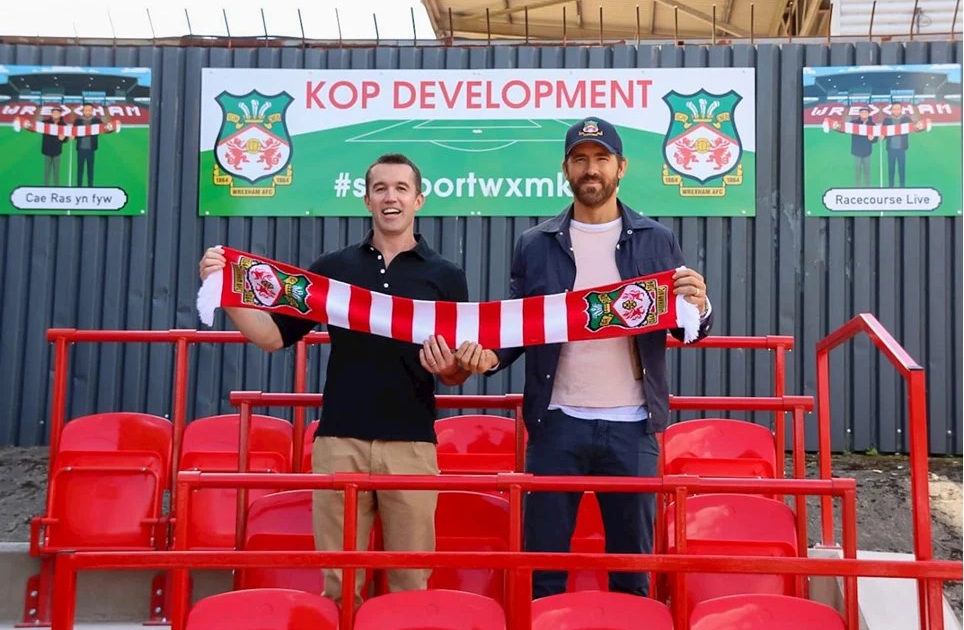 What could go wrong? We are sure that this was the first thing she thought Ryan Reynolds when he decided to acquire a little-known Welsh football

What could go wrong? We are sure that this was the first thing she thought Ryan Reynolds when he decided to acquire a little-known Welsh football team, called Wrexham AFC, in conjunction with Rob McElhenney.

Said purchase was probably the most impulsive and unconscious decision anyone can make, but in this case, the actor had a plan.

The entire acquisition process of the Reynolds-McElhenney duo was brought to the screen through a documentary series called “Welcome to Wrexham” created by FX, which will surely have its good dose of comedy.

But coming back to the purchase, if you were wondering what was the reason behind choosing Wrexham specifically over any other lower league club, there isn’t.

In the trailer for the series, a young man can be seen asking McElhenney the same question. Not having a specific answer, he decided to assume that it was because the team shares the same colors with Deadpool, Ryan Reynolds’ character.

The truth is that the team really needed help. The Wrexham until before the Reynolds and McElhenney takeover was owned by Wrexham Supporters Trust and they had quite a few debts that they could barely get out of.

Managing a club is not cheap at all and even if there was no longer a debt it was almost impossible for the team to survive without outside help.

Until today there are many series about football clubs, from the Manchester City until the Juventus and even some non-documentaries like ted lasso or the Mexican Ravens Clubbut Welcome to Wrexham assure it will be different.

It is not a story full of victories, nor a drama, everything will focus on two actors who do not know what they are doing, but know that they will need the entire community and around Wrexham and their fans to achieve the team triumph.

It may sound like a cliché, but it will also be a genuine story of how this pair came to a small town to be a part of the community and help their team and fans, and that’s what’s so amazing about the sport.

Disconnect.- This dog loves to enjoy football matches
Carlos Soler tucks in a youngest who must leave football due to a rare disease
The explosion of the three-defender line in elite football: facts, reasons and advantages of a rising trend
FOOTBALL 3677