Sabina returns to the UFC octagon this Saturday 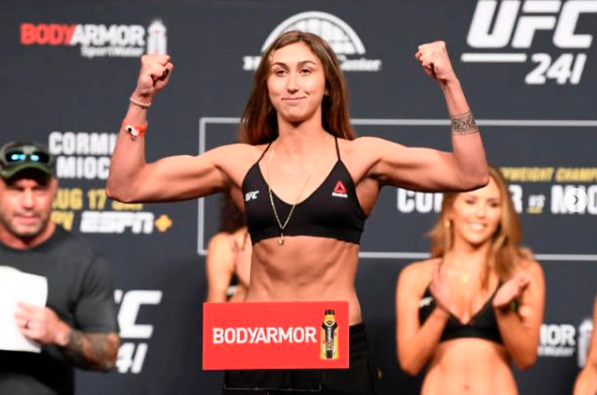 It was time for the mixed martial arts fighter from Antioquia, Sabina Mazo, to get back into the octagon and she will do it this Saturday in the

It was time for the mixed martial arts fighter from Antioquia, Sabina Mazo, to get back into the octagon and she will do it this Saturday in the framework of the UFC Vegas 39 against Mariya Agapova, from Kazakhstan.

“They have been days of a lot of preparation, it really is an excellent fight. We have the same age, the same record and that draws a lot of attention from fans of this sport. Besides, we are both hitters, ”Sabina said.

Mazo, who is the first Colombian to fight in the UFC and the country’s greatest representative in mixed martial arts (MMA), will seek to return to victory after Canadian Alexis Davis ended her streak of 3 consecutive wins by defeating her by decision of the judges on February 27 (see protagonist).

La paisa assumed that fall in the best way. With humility he continued working and waiting for a new opportunity to show that he is equal to or stronger than before, after honing all his combat techniques.

“I have done it one by one to be able to incorporate them all into my styles, I want to dominate in all areas. This is a very good opportunity, I return to flyweight (125 pounds) and I am ready to seek victory ”, she pointed out.

Sabina also referred to the weigh-in: “I gave the weight with an effort of months. I feel very happy and eager to get into the octagon, I am ready and strong, wanting to fight and show, my training was excellent and I was ready to dominate ”.