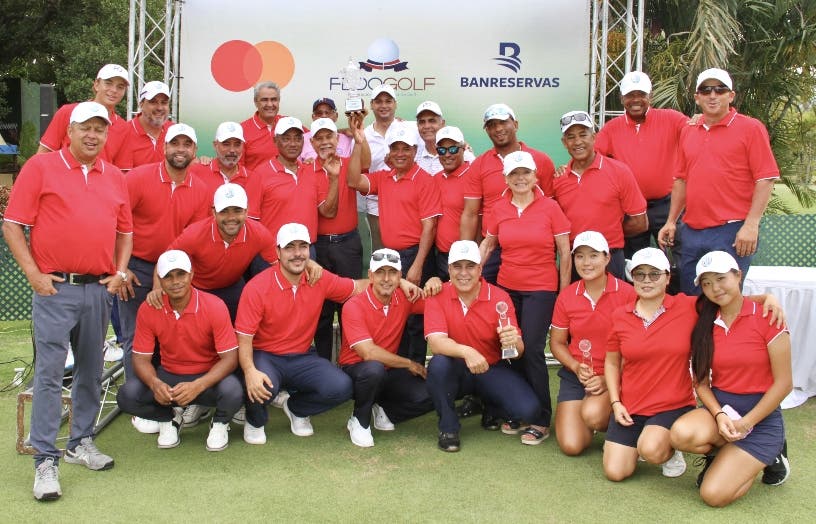 The fair was held at the Playa Dorada Golf Course, with the participation of 72 players from three associations The Santiago Golf As

The fair was held at the Playa Dorada Golf Course, with the participation of 72 players from three associations

Individually, Luis Arocha (Sagolf) won category A, with a score of 80, while Jeffrey Acosta (PPGA) stayed with the AA, with 79.

In B, Diego Laiz (PPGA) dominated, with a card of 80, as did Domingo Batista (Sagolf), who dominated C, with 83 shots. Senior A and B categories were dominated by PPGA players. Raymond Taveras (73) and Manuel Durán (86).

In the Ladies category, Stephany Kim (Sagolf) won, with 78, while Karina Batista (PPGA), dominated the B category, with a card of 92. It is worth mentioning that, of the eight categories, five were dominated by PPGA players, the another three were achieved by Sagolf players.

The tournament was held with the sponsorship of Mastercard Banreservas and the collaboration of Blue JackTar Hotel, Cervecería Vegana and United Brand.

We invite you to read: Francisco Camacho says he meets sport