Sainz: “I know how to win, I know it’s very complicated in F1” 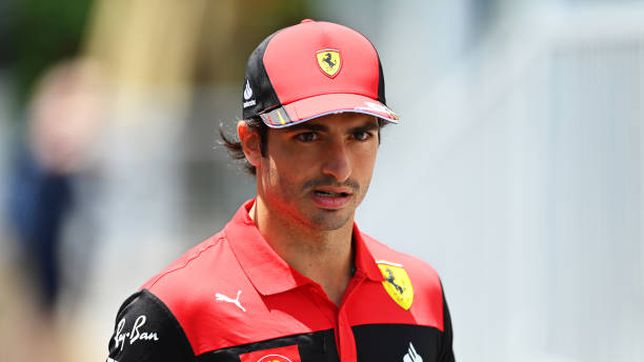 It is possibly easier to win the second, or the third, than to kick down the door of the first victory in Formula 1 when you have already looked ou

It is possibly easier to win the second, or the third, than to kick down the door of the first victory in Formula 1 when you have already looked out a couple of times by those margins. Carlos Sainz (Madrid, 27 years old) could in Monza 2020, possibly the best weekend of his sports career. He too was left at the gates in Monaco 2022. Weighed down by a lap that did not move away in time, Latifi, Pérez overtook him before changing the tires and kept the trophy, the applause and the party. But the man from Madrid perseveres, resists, he is not that far away either after seven grand prix with two retirements. He is fifth in the World Cup, 42 points behind Verstappen. But there are 406 points at stake and 15 races looking for a winner.

—The best Leclerc is 33 points higher after seven races with one less ‘zero’ and quite a few more ups and downs. It’s not much either. What does he think?

—It’s no secret that he’s in tune with the car and he’s doing a better season than mine, he deserves to be where he is because he’s doing spectacular. I, on the other hand, have had two zeros. One my fault, one that wasn’t my fault, and it’s costing me a bit more with this year’s car. It’s relatively fair to be where I am, and for him to be where he is. Even so, with 16 races to go, anything can still happen.

—In this circuit, due to the type of curve, oversteer should not be a problem. Like in Monaco. And maybe not in Montreal either, right?

—It could be, the type of curve that costs me a little more I know what it is, it is very specific and there was a lot of that in Barcelona, ​​as you saw. I go to every weekend thinking that we can win, in Baku or in Montreal, the good thing is that this year the car is competitive on all sides and it is a good opportunity.

—A weekend like the one in Monaco, in which you were at the level of your teammate at all times, does it give you more confidence for what’s to come?

—It gives me more confidence, more than that, to think that with a small detail in the ‘out-lap’ I could be here talking about my first victory in Formula 1. In the end, yes, Charles is a reference and is probably the best reference that I can have this year, because it is the one that is making the difference more than anyone else. But what gives me the most confidence is knowing that I could be here having won my first race, and that it wasn’t because of a lapped detail. We will continue, we will continue looking for her.

“The hardest part is opening the can?” Perhaps the second is much simpler…

—I have won races in the past, I know how to win, I know how to do it. In Formula 1 you need so many details, so many things that have to go in your favor, that it is very difficult to win, that is why so few people win. The day it comes, it will come. And if not, as I say, I’ll keep trying.

wanting to be a social leader doesn’t make you more popular
Formula 1: the forceful phrase of Max Verstappen about Lewis Hamilton two dates before the end of the World Cup
He put cold cloths: a Formula 1 driver apologized to Carlos Sainz after making him leave
FORMULA 1 1545

Loading...
Newer Post
Mavericks vs. Warriors | NBA Playoffs 2022: Warriors do not give Mavericks an option and take the first, Juan Toscano had minutes
Older Post
Boxing Night in Hispaniola