Sainz: “I’d be lying if I said we’re not surprised” 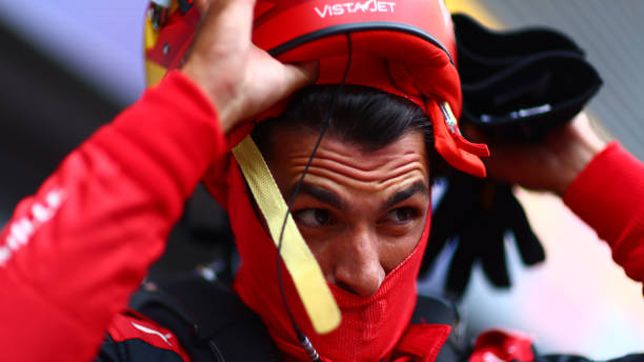 Carlos Sainz (Madrid, 27 years old) achieved his 13th podium in Formula 1 at Spa-Francorchamps and his seventh in 2022. He regains fourth place in

Carlos Sainz (Madrid, 27 years old) achieved his 13th podium in Formula 1 at Spa-Francorchamps and his seventh in 2022. He regains fourth place in the World Championship with a one-point advantage over Russell’s Mercedes. He is now 15 points behind Leclerc, his teammate. Since the Spanish GP in May, he has been ahead of the Monegasque in all the races he has finished.

—Given the pace of Red Bull, could anything else be done?

—I think I didn’t leave anything on the track, but we weren’t as strong as Red Bull. They were on another planet, strong in qualifying and the race, better in tire management and stronger in some corners. We weren’t fast enough. After the good start and the good restart, I thought I had a chance. But I soon realized that the tires were overheating and it wasn’t going to happen here.

– Are you surprised by the superiority of Verstappen and Pérez?

—I would be lying if I say that we are not surprised, because the disadvantage is the biggest we have seen between these two teams in 2022. It is something that we did not expect and we have to analyze why we are so weak on this circuit. Conclusions have to be drawn and a stronger low-downforce package prepared for Monza. I expected that the six tenths of qualifying would disappear in the warmer race, I was optimistic, but it made the disadvantage even greater. We have to accept this third place because there was not much else to do this weekend.

—Were you worried about the pressure from Russell at the end of the race?

—It was tight, I thought it would be tight at the end but I did a good job at the beginning of the ‘stint’ with the hard one to have rubber at the end. He was in the same rhythm as Checo and George at the end. Although we were struggling with the tires until the end of this race.

—Why was Red Bull so strong? Can it be repeated in Monza?

—It is a consequence of the characteristics of the runway. We’ll see after Zandvoort, a high-downforce track, before jumping to conclusions. My feeling is that we had a bad weekend with the behavior of the car and Red Bull had a good one. I need to wait a few races to analyze all that. I wasn’t surprised if Red Bull is a bit quicker at Monza, but we want to fight. Like in Baku and other low-load circuits where we were able to overtake them in qualifying and make it difficult for them in the race.

—It is one of the best circuits on the calendar and they have done a great job with the changes they have made to the track, with gravel run-offs and with a safer Eau Rouge. It’s a show, I hope it stays longer on the calendar.