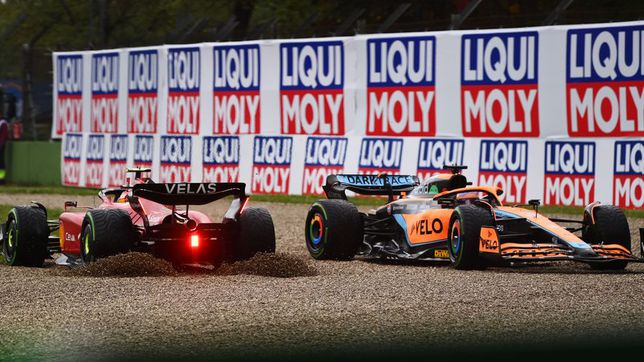 Formula 1 has published the list of the drivers who have paid the most penalties during this first half of the season. The king of fines is Sebast

Formula 1 has published the list of the drivers who have paid the most penalties during this first half of the season. The king of fines is Sebastian Vettel, with €35,900 paid in these thirteen races. Of course, of that amount, €30,000 came from two acts: €25,000 for leaving the drivers’ meeting at the Austrian GP and €5,000 for returning to the pit on the Albert Park track on a scooter after breaking the engine of his Aston Martin in free practice. 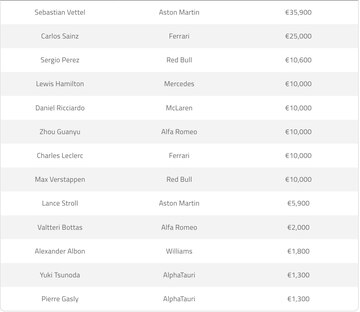 He is followed by the Spanish Carlos Sainz with €25,000 in 2022. All this for a single action in the Monaco GP, where he blocked Lance Stroll in the third free practice in the Principality. Third on this dishonorable list, already a long way off, is ‘Checo’ Pérez, with €10,600. The Red Bull driver was also sanctioned in Monegasque lands for blocking Russell in qualifying (€10,000). Montecarlo did not sit well with the Mexican’s wallet, because there he was also fined €300 for speeding in the pit lane, just like in Austria.

The Aston Martin team is the team with the most money in fines (€41,800), especially due to Vettel, while Ferrari (€35,000), also largely due to Carlos Sainz, follows. On the other hand, neither the Alpine drivers nor surprisingly the Haas drivers have received a financial penalty in the entire season.

Financial fines are not the only sanctions imposed by the FIA. Drivers also suffer penalties in the form of super license points, and in that sense, Yuki Tsunoda and Alexander Albon are the dominators with 8 points each (when a driver reaches 12, he is penalized with a race without competing).

The Japanese and the Thai are followed by Guanyu Zhou with 7 points and a Sebastian Vettel who has received penalties of all kinds in this first half of the season. Fernando Alonso, with 6 points, is next on the list, tied with Pierre Gasly. There are three drivers who have only received one point penalty during 2022: Max Verstappen, Lewis Hamilton and Mick Schumacher. 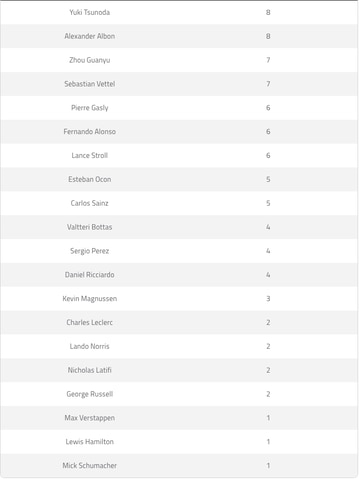 F1 sprint race: what it is, how it works, points and qualifying format
Formula 1: Lewis Hamilton and an unusual confession
“I’ve been many seasons already”: Max Verstappen paralyzed Formula 1 with his possible retirement
FORMULA 1 2447