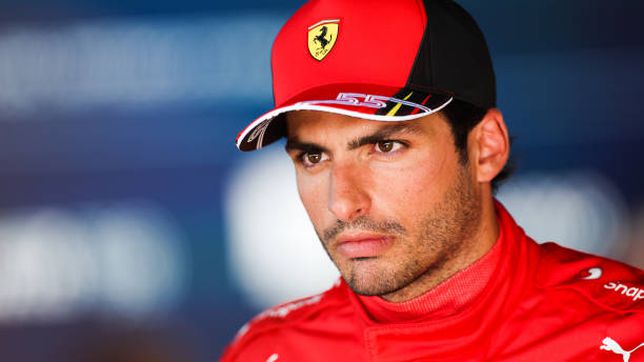 It is not easy to make decisions when you do not have all the information. And less to a car that rolls at 300km/h. But hence the talent of the b

It is not easy to make decisions when you do not have all the information. And less to a car that rolls at 300km/h. But hence the talent of the best drivers: being able to see what they cannot see from the wall. Carlos Sainz has a special gift for making those decisions that, in recent appointments, have turned out well for him. For this reason, constant praise continues to arrive for the Spaniard, who at Silverstone took his first victory in Formula 1, in part, ‘challenging’ his team with the now famous ‘stop inventing’.

Such has been the repercussion of his latest decisions on the track that former champions of the ‘Great Circus’ have not been able to keep their opinion to themselves. In addition to praising the performance of the man from Madrid, they take everything one step further. In fact, for Damon Hill, champion in 1996, Sainz is already more than a driver for the Scuderia. “Carlos seems more like a team leader to me. He seems more familiar with strategy, it seems that he can make decisions. Charles (Leclerc) is clearly fast and possibly faster than Carlos has been in the team, but communications with the garage are lost”, commented the Briton in statements to Sky Sports F1 after the last appointment in France, where Carlos starred in another comeback for history.

And that is just what Ferrari needs, according to the former champion’s thinking. The Italian brand is risking its last chances of winning the World Cup, with a 63-point disadvantage against Max Verstappen, who sees from a very comfortable position how summer is approaching for them and, with it, half a season in the who already has seven victories compared to Leclerc’s three. “They need someone to take command and say ‘ok, we’re going to make a decision’, whether it’s the driver or the strategist and take a clear direction,” says Hill about the Scuderia, in which he still puts hope for a final fight for the title: “The potential is huge and I think if they can fix their problems, they can be a real threat. If they can do it between now and the end of the championship, then the World Cup could be very tight”.

Who have been all the companions of Fernando Alonso in F1
Unusual: Formula 1 made a historic change at the Spa-Francorchamps circuit
What football team do the Formula 1 teams represent?
FORMULA 1 2036