Sainz: “We can react” – Sport-Journal 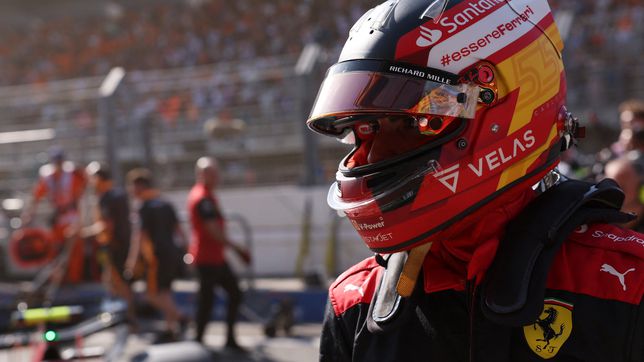 Ferrari arrives at Monza 135 points behind Red Bull and after four Grands Prix without a victory. And the characteristics of the Temple of Speed ​

Ferrari arrives at Monza 135 points behind Red Bull and after four Grands Prix without a victory. And the characteristics of the Temple of Speed ​​do not help the Scuderia: the long straights do not favor an F1-75 far behind the energy drink team in terms of top speed. Despite the fact that, a priori, it will not be an easy race for the Italians, Carlos Sainz is confident that he will make the weekend difficult for the Austrian team: “Red Bull is going to be strong, it is a track that is going well for them, but That doesn’t mean we can’t react and make life a little harder for them.”

Regarding a victory at home for those from Maranello, who have changed red for yellow for this race, the Spaniard states on the official Formula 1 website that “victories can happen in very different ways”: “You may not be the fastest but to find something that makes you win, so we’re going to take our best chance.” The last two winners at Monza were not the favourites: Pierre Gasly won in 2020 ahead of Sainz, then at McLaren, and his replacement at Woking, Daniel Ricciardo, took the cat to the water last season.

Neither Carlos Sainz nor Ferrari may be the main candidates for victory, but the Spaniard is determined to enjoy a very special weekend: “Racing with Ferrari at Monza in a competitive car makes you appreciate it that much more. That’s my goal. We’ll see how the weekend goes, but I’m more focused on enjoying myself”. The man from Madrid, who was sixth last year, acknowledges that it is a much busier Grand Prix than usual: “There is always a lot to do. More media, more stuff, more events, more pressure… Sometimes it might not allow you to open your eyes and see what’s really going on.”

The 55 affirms that this pressure to have fun during the weekend does not affect him: “Thank God I have followed Formula 1 for 15 years and I have been educated watching it, so I get along with it. Monza is going to be incredible, with everyone there, the grandstands full, fighting with a competitive car… I think it’s the best scenario for a driver, right?

Loading...
Newer Post
He left him without a podium: the analysis of a former F1 on the decision that affected Lewis Hamilton in Zandvoort
Older Post
We tested one of the best German cars of the moment: Audi Q3