Sainz’s spin and Verstappen’s run off the track 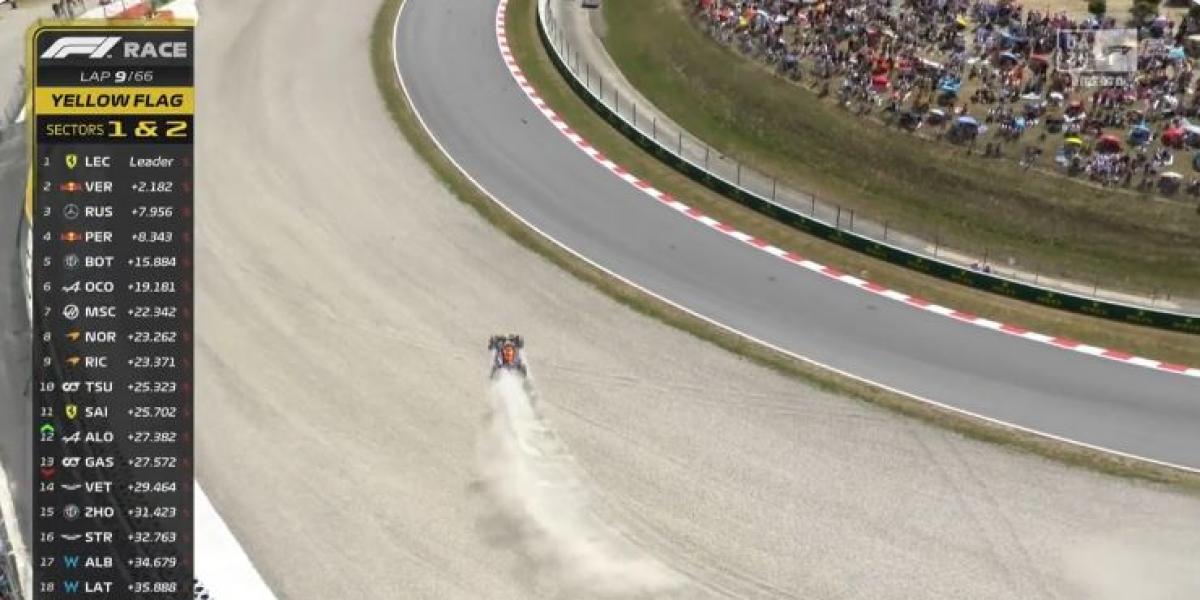 Carlos Sainz and Max Verstappen they went into the gravel at turn 4 in the first part of the Formula 1 Spanish GP. The Spaniard, who would have lost two positions at the start and was running in fifth place when on lap 6 he lost control of his car, he spun and went wide, but luckily for the Spaniard, he was able to continue although he lost many positions.

In that curve, with a tailwind, Max Verstappen would also star in an exit from the track just two laps later, on the eighth lap, also being able to return to the track and continue, although going from second to fourth position behind Pérez. The Dutchman hunted down the Mexican, who let him pass to try to attack a Russell who, with a slower pace, was making a perfect block for Charles to continue his breakaway.

F1 2022: Checo Prez and Max Verstappen, dissatisfied with what happened in Australia
F1 | Sainz: “It was difficult to do a clean lap”
Mercedes confirms Lewis Hamilton’s return to Formula 1
FORMULA 1 1575