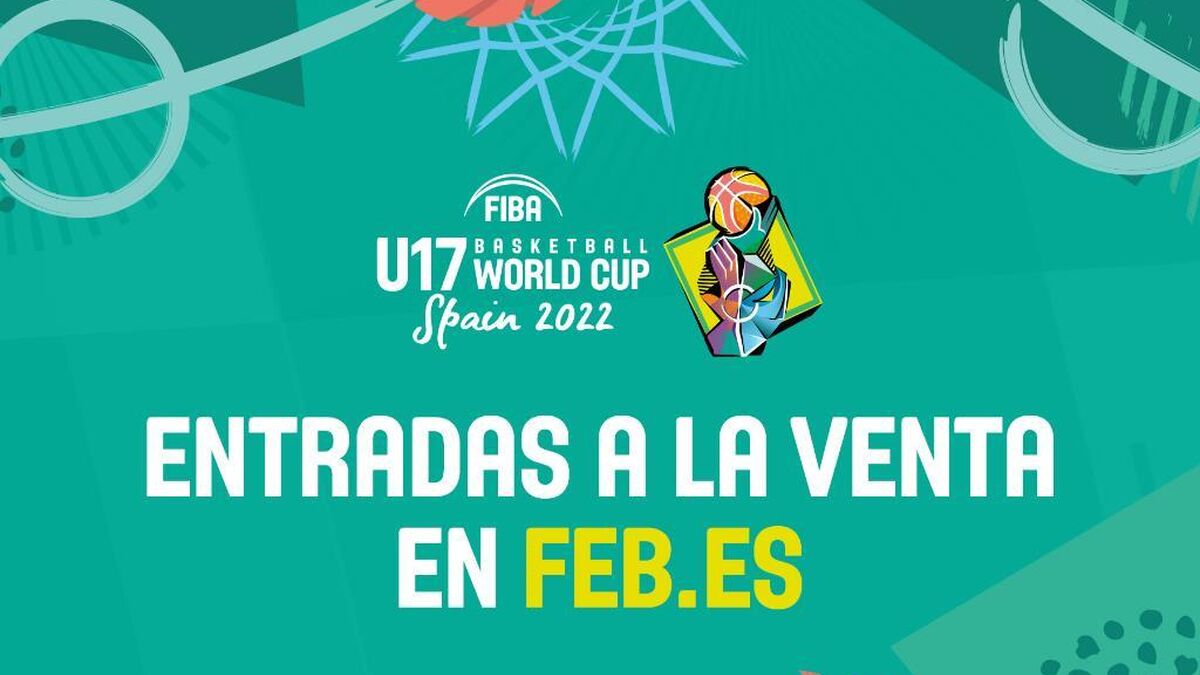 The FIBA Under 17 World Cup Masculina 2022 will be held in Andalusia from July 2 to 10. Specifically, it will be the province of Malaga that hosts

The FIBA Under 17 World Cup Masculina 2022 will be held in Andalusia from July 2 to 10. Specifically, it will be the province of Malaga that hosts a tournament for which tickets can already be purchased through this link.

The Group Stage and the round of 16 matches of the U17 World Cup will be held in two venues: Alhaurin de la Torre (El Limón Sports Complex) and marbella (Palace of Sports Elena Benítez of San Pedro Alcántara). The final phase will be held at the José María Martín Carpena Sports Palace in Malagawhile the qualifying matches for ninth to sixteenth place will take place at the El Limón Sports Center in Alhaurín de la Torre.

The session entries for the Group Stage, which includes the round of 16, and for the qualifying matches from ninth to sixteenth place, they will cost 5 euros. Session tickets for each of the U17 World Cup venues include attendance at a total of two matches. Each day of the championship comprises a total of two Sessions (four matches).

Tags: sub, 17, sale
Tickets for the U17 World Cup 2022 are on sale
Captains will play the NBA G League in the United States
James Harden would leave the Nets at the end of the season
TICKETS 192