Saltillans will fight in MMA Nations 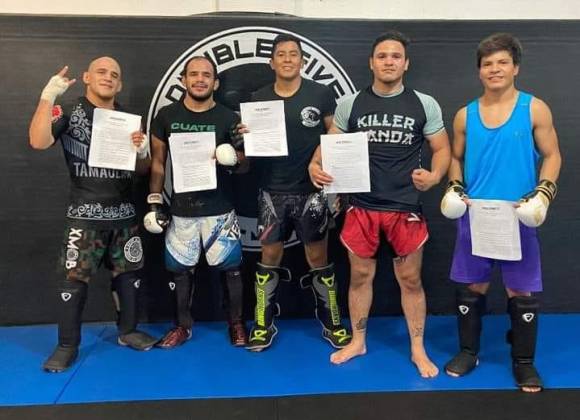 Contact sports have grown dramatically in recent times, the capital of Coahuila has great references, having very good elements within mixed marti

Contact sports have grown dramatically in recent times, the capital of Coahuila has great references, having very good elements within mixed martial arts. About eight Saltillans will see action in the next MMA Nations billboard, which will be held in the capital city.

Paulino Siller is one of the best fighters in the city of serape, remaining among the best in northern Mexico. The “Cuate” will jump into the ring next August 19 and he will do it before his people, he will have the opportunity to fight again in the city where he was born.

Siller will face Iván “Warrior” Fernández from Monterrey, a contest agreed at 125 pounds (approximately 56.8 kilograms). Paulino holds a record of 9 wins and only 2 losses, the last victory was obtained by way of unanimous decision against Christian Cerda in the capital of Coahuila.

“We are preparing very hard for this fight, it will be more complicated than the previous ones. I am very happy to fight again here, in my city. It is always a pleasure to be able to defend the house and try to put Saltillo on high. The goal is to provide a good show for all my people”, said Paulino Siller.

In addition to “Cuate”, fighters from Saltillo such as José Aviña, Jesús Siller and Jonathan Fonseca have confirmed their presence at the important event. All of them have been forged at Evolve BJJ & Muay Thai, one of the strongest fighting academies in the entire city and state.

A high caliber show is expected, with fights of national and international stature in the octagon. It is a fact that Saltillo, Coahuila, will be the host city, it only remains to define the place that will host such a cage sport festival.

Loading...
Newer Post
The ‘temple of football’ will open its doors in Madrid
Older Post
Where will Anfernee Simons play? Contract and situation in the NBA Free Agency 2022