Saltillense boxing close to meeting its champions in Authentic Rookies 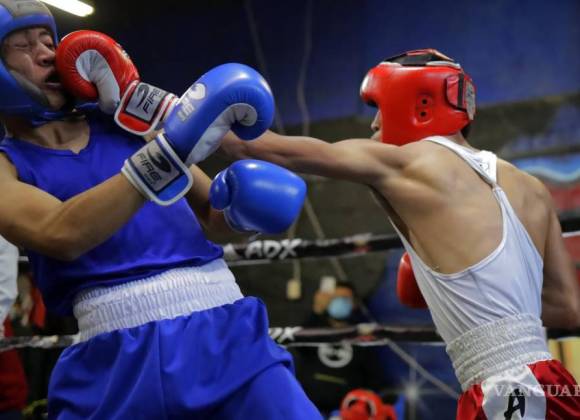 The Authentic Rookie Boxing Tournament has been a complete success to measure the level of the promises of Saltillo boxing, the Municipal Sports I

The Authentic Rookie Boxing Tournament has been a complete success to measure the level of the promises of Saltillo boxing, the Municipal Sports Institute and the Municipal Boxing League joined forces to give life to this project that has turned out better than expected.

Week after week the new faces of the sport of fists have been measured, the contest is in the final stretch and the direct elimination phases have already begun. Different popular neighborhoods and well-known venues in the city have been the scenarios where the interesting tournament has been developed.

On the recent day, some of the athletes secured their place in the race for the title of their division. Osvaldo del Bosque managed to stay alive by defeating Axel Penilla by unanimous decision (DU). In the same way, Ángel Martínez beat Bryan Alvarado.

In the pink division, Abril Martínez and Fabiola Reyna delivered a clash of authentic Amazons, where the victory went to Martínez by a very tight split decision. The winners qualified for the final date that will be played at the Multideportivo El Sarape in the coming weeks.

The San Antonio Valley Community Center will host the following date, which will be held next Saturday at 3:00 p.m. and from which new qualifiers will emerge for the final date of the championship.

Loading...
Newer Post
LeBron James exceeds the income of Kobe and Jordan during his career and is the first active billionaire in the NBA
Older Post
Jairzinho, time to react – Sport-Journal