Sam Kerr, one of the best soccer players in the world, enjoys Ibiza and Formentera 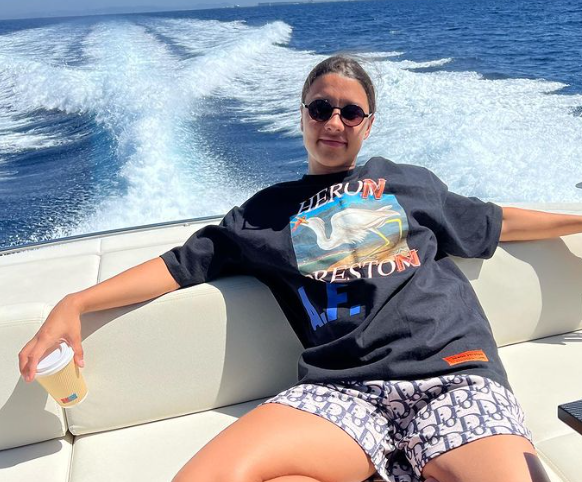 Sam Kerr, top scorer in the history of Australia, winner of the United Kingdom Women's Super League with Chelsea, the first female protag

Sam Kerr, top scorer in the history of Australia, winner of the United Kingdom Women’s Super League with Chelsea, the first female protagonist on the cover of the latest FIFA 23 and, in short, one of the best players in the world, has passed in Ibiza and Formentera a nice vacation.

So much so that she has joked that she would like to retire in Ibiza: “Me when I retire”, she has written next to a photo in which she is seen relaxing on the deck of a yacht.

He was born in Fremantle, on the outskirts of Perth, Australia, on September 10, 1993 in a very footballing environment, as both his father and brother were professional Australian rules football players.

Ibiza is not only an attractive destination for men’s football players like Messi or Ronaldo, but also for the women’s elite, as evidenced by the presence of Kerr or Alexia Putellas.

Loading...
Newer Post
NBA rumors: Brooklyn misses out on Ingram signing
Older Post
Austrian GP F1 2022: Czech Prez, on his sanction: “I paid for the result of a system that is not ready for this type of rules”