San Lorenzo: the restructuring of the football project that does not hide the accounts in the red Pedro Troglio took the reins of San Lorenzo. The new Barça coach has a series of very recognized qualities in his identity: he transmits joy, posi

San Lorenzo: the restructuring of the football project that does not hide the accounts in the red

Pedro Troglio took the reins of San Lorenzo. The new Barça coach has a series of very recognized qualities in his identity: he transmits joy, positivism, good humor. Goods that, nowadays, are scarce in Boedo. To that the technician will add convictions and work to try to reverse the critical situation that the Cyclone is going through. The DT was presented in the New Gasometer and has already taken the first steps with the squad. “It is an important bet in my life. My commitment is to put the club among the first four of the local tournament. And from there to have the chance to fight for the championship, “he said.

The Cyclone launched a total restructuring in football: Troglio he was in charge of the first team; Leandro Romagnoli, of the reserve, and Fernando Berón he was appointed as the new youth soccer coordinator. “Sometimes, it is normal for a coach to arrive in difficult moments. But I am convinced that San Lorenzo has material. Players are eager to turn this story around. We need a cyclone united in all its parts. I have been training since 2005 and I am being given the chance to coach one of the biggest teams in the country, ”said the former national team midfielder.

This is how Pedro Troglio began in San Lorenzo

Troglio, 56, returned to Argentina after becoming a four-time champion of Honduras with Olimpia, from Tegucigalpa. Former coach of Independent, Gymnastics and Fencing La Plata and Godoy Cruz, among others, had his first practice with the Barça squad last Tuesday, at the Ciudad Deportiva. “No matter what situation I come from, this is a very strong club and that is why we accepted the offer. They say it is a hot iron, although I take it as a great possibility, “he considered. After 22 days of rest, there were medical check-ups and a formal presentation to the players.

Among the novelties, Troglio It was attended by Alexis Castro (returned from his loan in Colón) and Gonzalo Berterame (returned from the loan in San Martín de San Juan). After a few days at its complex, the Cyclone will continue the preseason at the Sheraton Hotel in Pilar. Once there, the DT confessed that he will emphasize the heads of the players. “Soccer is very mental. Here there are types of hierarchy and the results have to be given. I am not a psychologist, but I know what it is like to work. When a player feels good physically and in football, the head automatically accompanies him “, he remarked.

Pedro Troglio directed the first practice in San Lorenzo: he arrives as a four-time champion in HondurasTwitter @SanLorenzo

Monarriz is no longer in the club

Romagnoli, meanwhile, will be accompanied by Gonzalo Prosperi as a field assistant and Alejandro Tocalli as a physical trainer. The former midfielder had sounded like one of the names to take the reins of the first division. Who no longer belongs to San Lorenzo is Diego monarriz, who came from working in a new internship after the departure of Paolo Montero. “I would like to empower the boys, there are many who are going to have a chance to establish themselves in first place,” said “Pipi.”

Leandro Romagnoli returns to the club: he will now be the technical director of the reserveMauro Alfieri / Archive

Behind this new change of course, San Lorenzo is also beset by different problems. That they are not recent, but that they have been coming for a long time and are economically rooted. Troglio, of course, you know. On the one hand, the club no longer has three footballers. The first to leave was Franco Di Santo, who executed the freedom of action. The Mendoza had intimated through unionized Argentine footballers, like Yeison Gordillo and Jalil Elías, whose debts were paid because they were much lower than the former Chelsea attacker. Then the same path was taken by Lucas Menossi, who left as a free agent. The Boedo entity had bought it for $ 2,000,000 in mid-2019 (it had a link until June 2023) and it was currently on loan in Tigre.

Finally, Santiago Vergini he also went free from Boedo for non-payment. Recently passed through Atlético Tucumán, the central scoreboard called to collect via Union members, the club did not pay him and was left with the pass in his possession. His contract with the Catalans ended in June of this year. “The departure of those players is painful, because they were from San Lorenzo and at some point money had been spent on them. But you have to equate income with expenses. We want to have contracts that the club can take over ”, said the vice president. Matias Lammens. 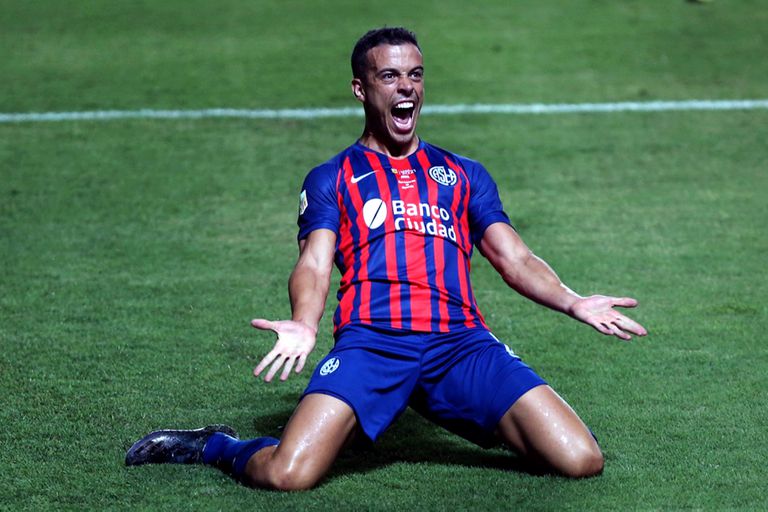 Also, in the last hours another conflict came to light. This time, between San Lorenzo and Unión. The Santa Fe entity claims a large debt for the transfer of the brothers Bruno and Mauro Pittón, who signed in Boedo in June 2019. “The amount is close to 1,300,000 dollars. That is the original debt, to which we must add accessories. And we want to get paid ”, said yesterday Luis Spahn, president of the Tatengue institution, to THE NATION. And to this is added another discomfort because the Cyclone sold Mauro Pittón to Vélez, and Unión never received money.

At the time of reinforcements, San Lorenzo must first resolve the inhibition by FIFA. For that, you must pay $ 1,250,000 to Palestino (Chile) who owes for the defender’s pass Paulo Diaz. “We have to go back to having a surplus. Today, in the restructuring of liabilities, we are better than six months ago. The situation last year in terms of crisis was complex. You had to take charge and put your face, we all had responsibilities. We are going to pay Palestino and the other clubs, although it will take time. Now we are asking the Central Bank for authorization to buy dollars and thus pay off the other part of the debt with the Chileans, “he added Lammens. “We know how the financial situation of the club is. Nobody lied to me. They didn’t tell me we’re going to buy a Liverpool player, ”Troglio clarified.

On the other hand, Daniel Gonzalez, 19 years old, is one of the footballers who could reach San Lorenzo. The Chilean defender of Santiago Wanderers is one of the promises of soccer in his country: he played in the youth teams and already made his debut in the major in 2021. Also, before the departure of Di Santo, the Cyclone is looking for a center forward and set its sights on Sebastian Sosa Sánchez, which was released in the Board of Trustees. For now, there have hardly been a couple of polls: the scorer is sought by various clubs. “We are trying to advance in some negotiations,” said the manager. Mauro Cetto. 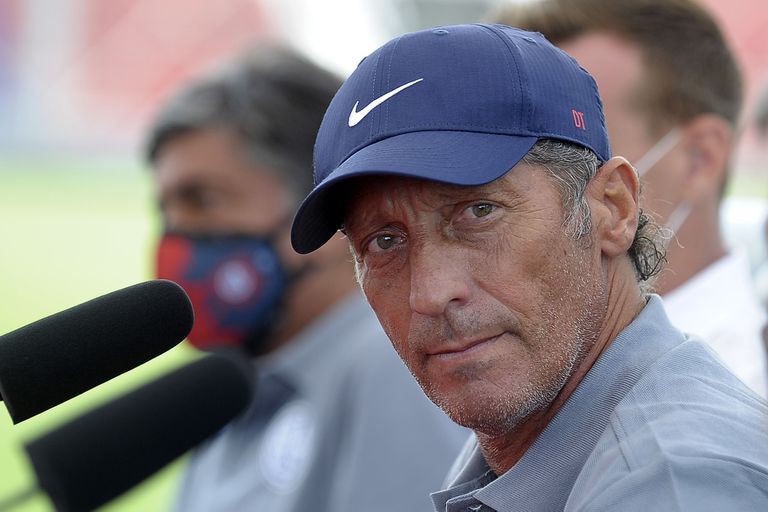 Pedro Troglio was optimistic in his presentation in San Lorenzo; the technical director believes that the team can be in the first placesFotobaires

What is the set you dream of Troglio? “That has intensity, direct football, passes forward. A short team. I am not ashamed to talk about the recovery of the ball. You have to put on the mason suit to recover and the tailcoat to play. With all due respect, I want the rivals to face us and say: ‘What heavy equipment that is San Lorenzo‘”.

Loading...
Newer Post
NBA: Pushing and smacking! The unloving gifts of Reyes de Nurkic and Herro in the fight of the night in the NBA
Older Post
Mexico starts 2022 with 15 world boxing champions