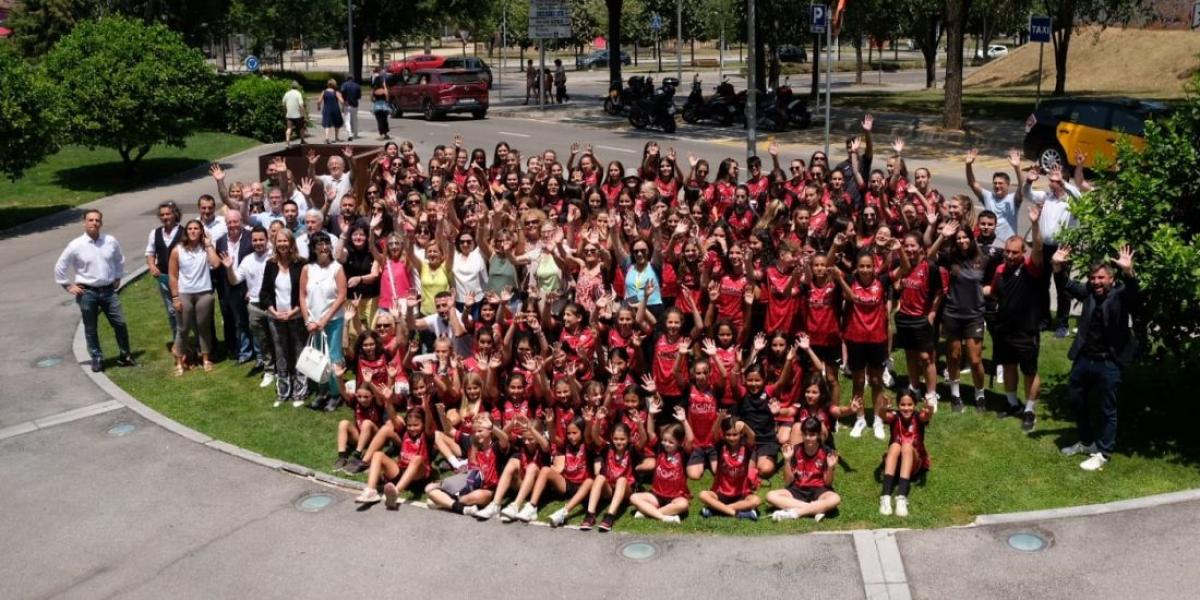 The president of the Catalan Football Federation, Joan Soteras, attended this Saturday the closing of the ‘FEM50’ of Sant Cugat FC, the acts of celebration of the 50th anniversary of the Vallesan club’s first women’s team. The day has served to put an end to a year of celebrations, with up to 11 different acts, with which the sancugatense club has honored those pioneering players who in the 1971-1972 season created the first women’s soccer team in the city , which participated in the initial competitions of women’s football in Catalonia.

In parliament time, Soteras wanted to highlight that “Sant Cugat FC is a club that is getting better and better and this is demonstrated by celebrating the 50th anniversary of women’s football. We are very happy to have clubs that have such a clear commitment to women’s”, he stated, in a season in which the Vallesan entity has had 8 teams and 150 players in federated competition.

During lunch, the president of the FCF, Joan Soteras, has accompanied the president of Sant Cugat FC, Llorenç Santasusagna. Also present was the FC Barcelona Women’s coach and former Catalan women’s base coach, Jonathan Giraldez, among other personalities.

Loading...
Newer Post
Boxer Floyd Mayweather will fight a Japanese MMA star
Older Post
The Kremlin denies that the female NBA star is a hostage of the Russian Justice