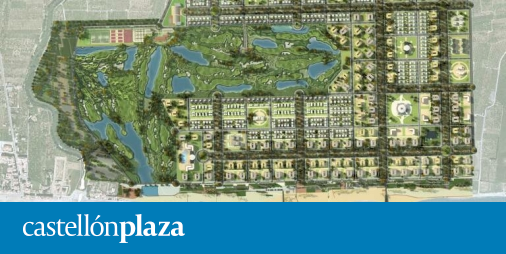 CASTELLÓ. The residential macro-projects linked to golf in Sant Jordi and Burriana live antagonistic realities. While the first has been permanen

CASTELLÓ. The residential macro-projects linked to golf in Sant Jordi and Burriana live antagonistic realities. While the first has been permanently buried by the City Council, the second is progressing in the urbanization work … slowly, but steadily.

In Sant Jordi, the council has approved to disqualify the field of the golf sector, which becomes developable land without detailed planning. The promoter company, Avanza Golf Panoramica, has already declared itself in bankruptcy in 2019 as a prologue to what happened just a year ago: the departure of the Sant Jordi del Maestrazgo Golf company as the development agent of the residential macro-project and the expiration of the PAI. Now, with the disqualification of the land, the lands that were included in the urban initiative return to their previous situation.

On the other hand, in Burriana, Sant Gregori Golf continues to take new steps. The owners of affected land have already paid the urbanization fee 00 to the PAI promoter company and the City Council has approved to return 3 of the 20 guarantees related to that fee 00 that the merchant deposited. In total, the promoter Urbanización Golf Sant Gregori has recovered 300,000 of the 1.86 million euros that it gave to the consistory in guarantees for that 00 quota, municipal sources detail.

Parallel to the initial phase of the urbanization works, the PAI promoter and the City Council are already processing the expropriations of 43,382 square meters of land from 127 owners to carry out the works of the external golf connections. The works will specify the road access to the future residential area from CV-18.

The initial section will have two new roads with sidewalks and a cycle lane linked by a roundabout. Next, the Camí la Cossa will be widened. The works of the external connections will also include the connection to the treatment plant and the electrical supply of the future residential complex. The sewage pipelines will be made in five sections and by secondary roads.

Procedures for the drainage network

In addition, the City Council and the promoter are also working on the procedures to execute the drainage network of the future urbanization. Municipal sources indicate that the Ministry of Agriculture has already been asked for the mandatory authorization to dump rainwater from these pipelines into the sea while steps are still being taken to approve the project, which will encompass the future municipal natural park (51,745 square meters ), the different parks (265,166 meters) and the 18-hole golf course with the attached sports area (732,837 square meters).

From the consistory they explain that the drainage network will be necessary because the residential macro-project includes the golf course, bicycle routes and horse sports, a hotel zone, as well as the creation of a promenade and the regeneration of the coastline. The floodable area of ​​the PAI will be the one occupied by the golf course, hence the importance of the drainage network. The works will last 19 months and are budgeted at 16 million euros.

Currently, the promoter company is still immersed in the archaeological work in the Camí Marjalet area and in the excavation of the Roman villa about 100 meters from the coast.

External lawyer for the City Council

Although it is true that the judicial horizon is clearer after the recent filing of the criminal complaint that several owners affected by the Golf Sant Gregori filed against the mayor, Maria Josep Safont, and the rest of the government team, municipal sources believe that the macroproject will continue to be prosecuted in the next year in one way or another. For this reason, the consistory has hired the external lawyer Jeremías José Colom Centelles, with an office in Vinaròs, to reinforce municipal legal defense in this PAI. The legal defense until the end of September 2022 will cost 18,150 euros.

Tags: Castellón-golf-Panoramic-Sant-Jordi-PAI-Sant-Gregori-avanza-Burriana
Rafael Nadal changes his racket and stands out in an amateur golf tournament | Other Sports | sports
Carlos Ortiz started off big at LIV Golf
Saudi Arabia reinforces its commitment to golf: it increases to 2…
GOLF 1503

Loading...
Newer Post
Timberwolves 124-106 Rockets | NBA: Usman Garuba shows his powers in the NBA: hit a player with 2.20 wings and adds up to everything
Older Post
United reaction in the “Champions” – Football