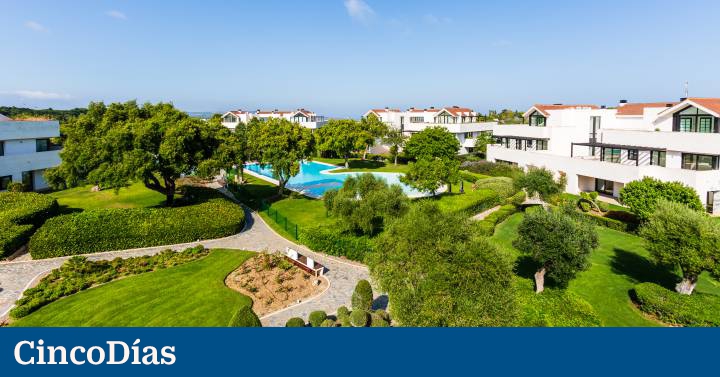 The Santander group has launched the marketing of luxury homes in what is the mecca of golf in Spain, next to the Valderrama golf course, in Cádiz

The Santander group has launched the marketing of luxury homes in what is the mecca of golf in Spain, next to the Valderrama golf course, in Cádiz. The bank has put up for sale the assets it has in the urbanization known as Hacienda Valderrama.

The bank has commissioned Singularity, a division of the servicer Altamira real estate, marketing. There are 23 properties next to the golf course, in the Sotogrande area (San Roque).

The development initially had 34 homes, of which the bank was awarded 23, according to sources from the financial institution. These residences were already in an advanced state of development, so Santander was in charge of finishing them.

Hacienda Valderrama is made up of six buildings of exclusive homes, explained from Singularity, that surround a pool in the shape of a lake and garden areas. The houses are similar in size to a villa, with built-up areas ranging from 313 to 690 square meters built. These are ground floor, duplex and triplex homes with between two and five bedrooms, with direct access from the garage thanks to a private elevator.

The price of the houses ranges from 490,000 euros to 1.1 million. So far, the entity has sold three homes and has another eight reserved, as reported by Singularity, in a commercialization that began last year.

The clients most interested in this development so far are Spanish, British, Swiss, Scandinavian and Belgian, the most common nationalities on the Costa del Sol and Sotogrande. &#8220;It is aimed at a target with high purchasing power, who enjoys the special enclave in which the Hacienda Valderrama is located and the experience of the prestigious golf club,&#8221; they explain from Singularity.

The Valderrama golf club is one of the most emblematic in Europe. It was built in 1974 under the design of Robert Trent Jones. It is the only course in Spain that has hosted the Ryder Cup, in 1997, and from 1988 to 2009 it hosted the Volvo Masters. In that location is also the La Zagaleta urbanization, one of the most exclusive in the country. In fact, the members of this golf club bought the course in 2017 from the La Zagaleta holding company in 2017.

Hacienda Valderrama&#8217;s marketer is Singularity, the division in charge of marketing new-build homes for third parties of the Altamira servicer (owned by doValue). Singularity is led by Ana Belén Fernández as CEO.

Singularity has a marketing portfolio of around 3,600 homes, 40% of them in Catalonia. It also has residential assets in commercialization in Valencia, Alicante, Almería, Malaga, Madrid and Asturias.

Another of the great marketing projects of this firm is also linked to golf. Specifically, it is in charge of the sale of part of the residences of Hacienda del Álamo (Murcia) for Sareb.

Loading...
Newer Post
Mexico starts 2022 with 15 world boxing champions
Older Post
Miguel Cotto Promotions predicts a good year for several of his boxers: “2022 is going to be the year of Oscar Collazo and Danielito Zorrilla”