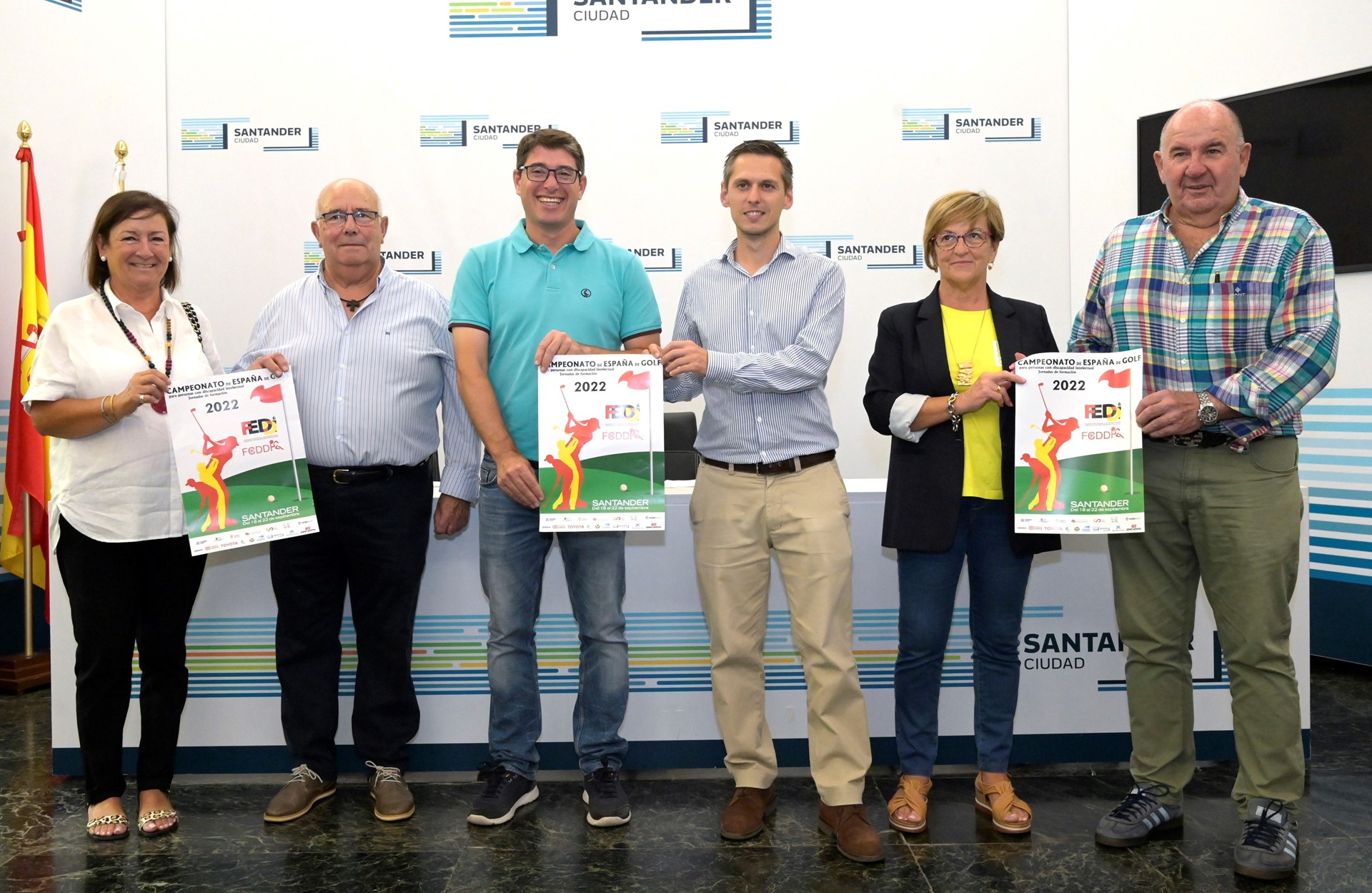 Santander will host the IV National Golf Championship for people with intellectual disabilities on September 22, which will be held at the Mataleñ

Santander will host the IV National Golf Championship for people with intellectual disabilities on September 22, which will be held at the Mataleñas Municipal Golf Course, starting at 10 am. In addition, from the 18th the participants will receive training sessions by technicians from the club itself.

Thirteen teams from seven autonomous communities have registered for the competition: Castilla and León, La Rioja, Murcia, the Basque Country, and Madrid. Cantabria and Andalusia, reaching the figure of 50 participants –42 men and 10 women–.

This was reported in his presentation on Monday by the Santander Councilor for Sports, Felipe Pérez Manso; the General Director of Sports of the Government of Cantabria, Mario Iglesias; and the member of the Spanish Sports Federation for the intellectually disabled, Fernando Diestro.

Pérez Manso has highlighted that this Championship is being held for the fourth time in Cantabria and in fact it is one of the activities in which the Spanish and Cantabrian Federations are working to “implement inclusive sport”. In this sense, he has highlighted the “pride” involved in offering support for this type of event.

Mario Iglesias has highlighted that the “happy faces” of the participants in previous editions “say it all”, for which he has ensured the “maximum support” of the Government of Cantabria both for this and for future calls. In addition, he has stressed that the collaboration between the Santander City Council and the Government of Cantabria in sports matters is “total”.

Diestro in turn has expressed the “satisfaction” that is to return to Santander as the headquarters of national golf. He has also underlined the support of all the institutions to “carry forward” the work that is being carried out from all the federations, as well as the number of participants who are going to take part in the tournament.

Participants will also enjoy excursions around the city and Bay of Santander in coexistence with other athletes from the Cantabrian territory.

The championship is organized by the Cantabrian and Spanish Golf Federations, with the collaboration of the Municipal Sports Institute (IMD), through the Mataleñas Municipal Course and the Mataleñas Golf Club itself, and with the financial support of the City Council itself as well as the Government of Cantabria.

Tags: Cantabria, Santander, day
Formula 1 had its unthinkable and risky Groundhog Day in Canada
Tickets for one day can already be bought and the order of the poster is known
which clubs want you and how much would they pay for your pass
GOLF 1501