Sarmiento defeats Patronato at the start of the fourth day 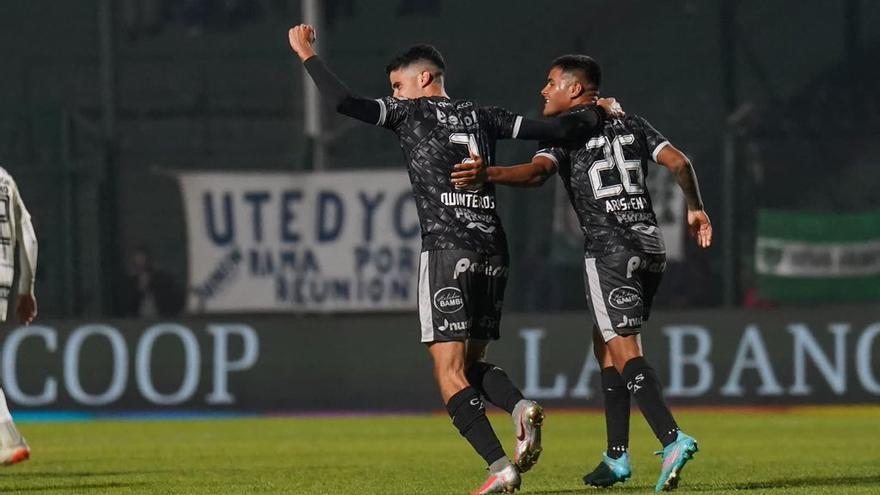 Sarmiento defeats Patronato at the start of the fourth day


Those from Junín won 3-1 against Patronato, while Arsenal and Talleres tied 1-1

Of the three co-leaders, Estudiantes and Newell’s play on Monday and Platense will play on Tuesday

Sarmiento de Junín defeated Patronato 3-1while Arsenal de Sarandí and Talleres de Córdoba equaled 1-1 in the two matches that marked the start of the fourth round of the Argentine Professional Football League Tournament.

After these encounters, this Sunday the day will continue with five matches where River Plate’s visit to Unión de Santa Fe stands out, while Boca Juniors will face Barracas Central at home. River Plate, which has not yet managed to score in its first three presentations and adds two draws and one defeat, will try to change the streak in Santa Fe where it faces Unión to seek to twist what is the worst start of a tournament for the ‘Millionaire’ in the eight years under the direction of Marcelo Gallardo. For its part, Boca Juniors will face Barracas Central at the Islas Malvinas stadium of the All Boys club, a redoubt that is in poor condition and is of great concern to the ‘xeneize’ squad.

Sunday’s day will also include three other matches: Tigre-Banfield, Huracán-Atlético Tucumán and Lanús-Colón. On Monday, meanwhile, two of the three leaders will be presented: Estudiantes will visit Independiente and Newell’s Old Boys will receive Argentinos Juniors in Rosario, in addition to Gimnasia’s outstanding match against Racing Club and the presentation of Rosario Central as a visitor against Vélez to the expectation of the arrival of Carlos Tevez as the new coach.

The third leader from Platense will play in Mar del Plata against Aldosivi and San Lorenzo will visit Central Córdoba in Santiago del Estero.

Tags: Football, Argentina
Historical ridiculous in the soccer match between Argentina and Brazil | Soccer
The world of soccer surrenders to the 35th birthday of the Argentine
In his honor: a boxer promised to honor Marcelo Bielsa in his next fight
FOOTBALL 2696