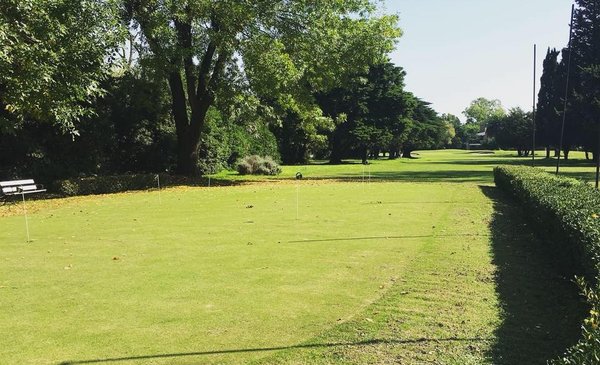 The City Bell Equestrian and Golf Club was the venue this Saturday for a new golf evening within the framework of the 18 Holes Medal Play, which br

The City Bell Equestrian and Golf Club was the venue this Saturday for a new golf evening within the framework of the 18 Holes Medal Play, which brought together some 160 competitors to the excitement and excitement of the organizers and the people of La Plata who love this sport.

The first exit of participants began at 8. Meanwhile, due to the influx of competitors, a new exit was opened for 2:00 p.m. Happy with the call, Marcelo Piccininni, president of the Club, explained that 160 players signed up, 124 in the tournament that is played in four categories according to the handicap of each one; and 36 rookies who are starting to practice this sport”.

He also stressed that “the club is open to all who want to join.” The successful day also motivated to analyze new calls for future contests.

It should be noted that in today’s matches they compete in mixed categories ranging from 0 to 16, from 17 to 24, from 25 to 36 and from 37 to 54 hcp. This edition also has a special Long Drive competition on hole 12, where players will measure the range of their shots, and another two Approach competition on holes 8 and 16, to which competitors will try to get as close as possible with a single shot.

At the Club, which keeps its doors open for those who want to learn and take their first steps in this sport, they stressed that this type of event is important for its operation. “We have a lot of expenses and everything is getting more and more expensive, but we don’t want the members to end up paying for it. Fees have not been increased since March and although we know that at some point we are going to have to do it, we want the impact for the members be as low as possible,” they said.