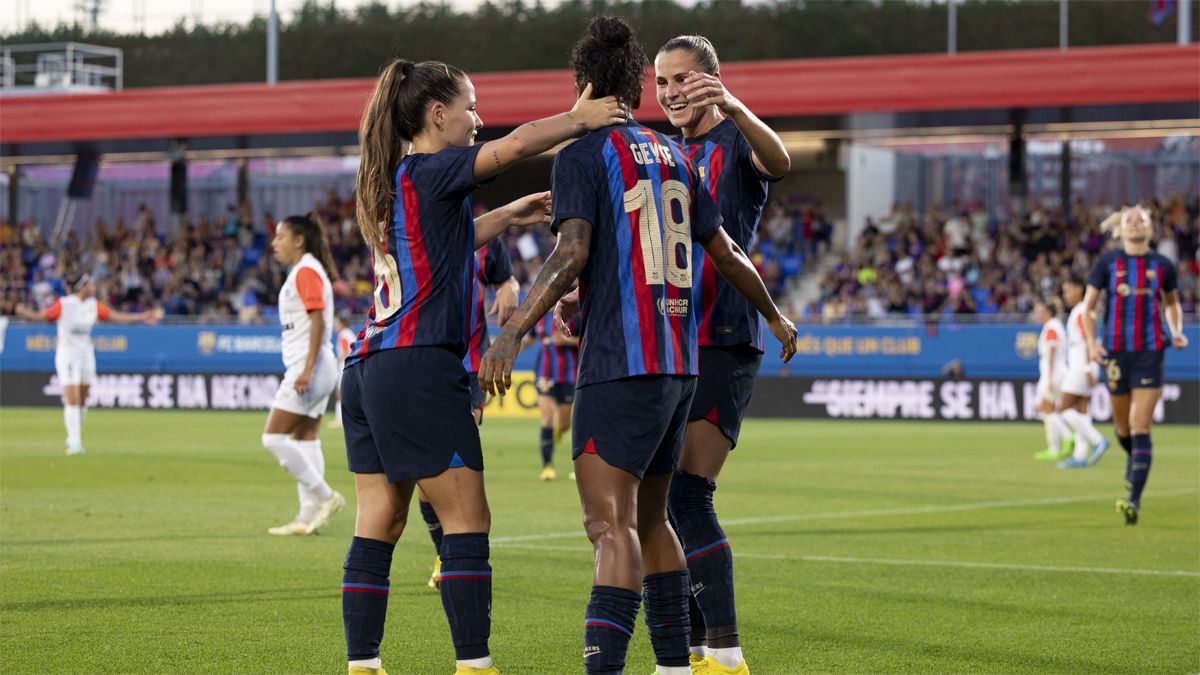 Barcelona will kick off the women’s league this Saturday, September 17 at 12 noon, and will do so by facing UDG Tenerife at the Estadi Johan Cruyff

The Women’s Professional Soccer League has not yet started due to a strike by the referee teamin which they demanded an improvement in their working conditions. It is for this reason that the first day has not been disputed, and the ‘League F’ will start in the second, taking place this weekend between Saturday and Sunday at 12, 4 and 6 p.m. This day will include eight clashes.

The Barcelona will be in charge of kicking off the women’s league this Saturday, September 17 at 12 noon, and will do so by facing the UDG Tenerife at the Johan Cruyff Stadium. At the same time they will also play the Deportivo Alaves against Madrid CFFF. Another of the most outstanding matches of the day is the Seville against Atletico Madridwhich will take place on the same Saturday at 6:00 p.m., and will take place at the José Ramón Cisneros Palacios Sports City.

The clashes can be seen through DAZNat the following times: