Scheffler and McIlroy, the bosses in the World Golf Ranking 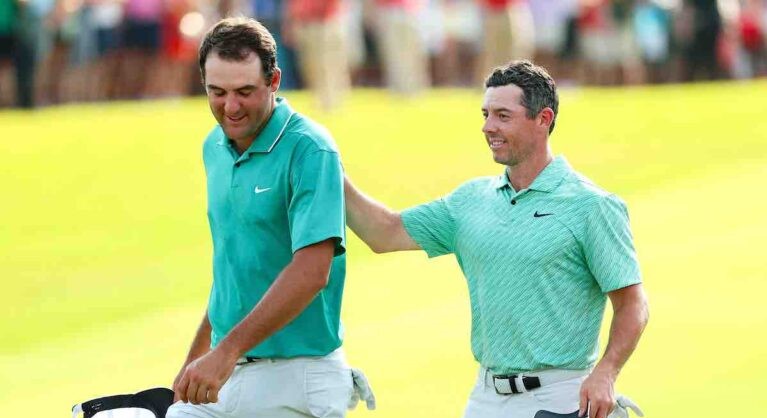 Northern Ireland’s Rory McIlroy has risen to second place in the world golf rankings, which is still led by the American Scottie Scheffler, although with less advantage.

McIlroy finished in second place at the BMW PGA Championship, a DPG World Tour Rolex Series tournament, played at the English club Wentworth, tied with the Spanish Jon Rahm, and one stroke away from the Irishman Shane Lowry.

Thus, the Northern Irishman is second in the world table with an average of 9.07 points and is closer to Scheffler (9.93). Therefore, the Australian Cameron Smith (8.91) drops to third position.

As for the Latinos

With his victory, Lowry is placed nineteenth, with which the Chilean Joaquín Niemann drops to twentieth place. The Mexican Abraham Ancer continues in the 24th position (3.21), the Chilean Mito Pereira in the 49th, the Colombian Sebastián Muñoz in the 65th and the Argentine Emiliano Grillo rises to the 95th and the Guadalajara Carlos Ortiz is located in the 154th with (1.08) points.

The Rancho San Lucas Golf Course is an unmissable destination in Los Cabos
Miguel Sarmiento, winner ‘scratch’ of the new appointment of the Maspalomas Golf Circuit
Ready for the 55th edition of the Morelos Golf Cup
GOLF 1501