scored a goal and thrilled the fans in England 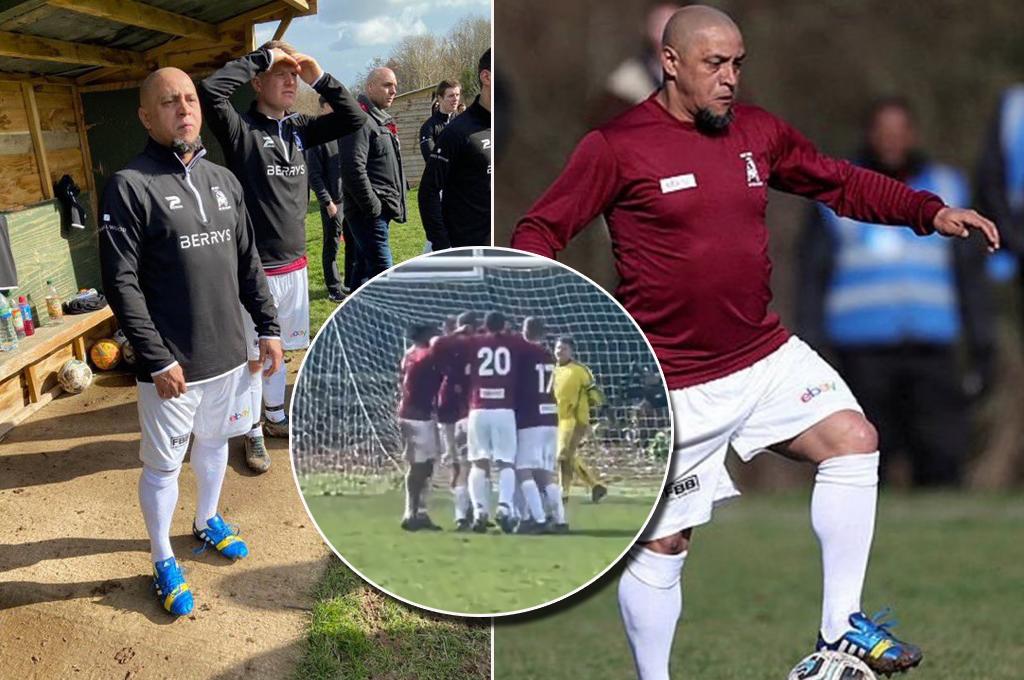 2022-03-06 Roberto Carlos, legend of Real Madrid and the Brazilian national team, returned to the pitch this weekend at the age o

Roberto Carlos, legend of Real Madrid and the Brazilian national team, returned to the pitch this weekend at the age of 48 and showed that he still maintains quality in a match played in England, where he represented a British pub team.

The historic left-back defended the colors of Bull in the Barne United, from the city of Shrewsbury, after the club won the Dream Transfer charity auction on eBay last January.

Roberto Carlos made his debut in a friendly against Harlescott Rangers, also from Shrewsbury and registered in the amateur District Sunday League.

The world champions were the protagonists scoring a penalty goal, which thrilled the fans and left them satisfied with their performance despite the 4-3 loss suffered by their squad. After his goal, the veteran player was replaced.

Roberto Carlos recounted his most intimate secrets at Real Madrid

“I have heard that the team has lost several players this season, so I hope that my training has been enough to help them win the game and give the Bull in the Barne fans what they want to see,” said the defender.

“Roberto Carlos is one of those legends who inspired so many young people to love soccer. My jaw dropped completely when I found out Bull in the Barne won the Dream Transfer and he would be playing alongside us at Shrewsbury,” said club goalkeeper Ed Speller.

The money raised by this charity bid was donated to Football Beyond Borders, a charitable association that helps young people in disadvantaged situations.