Scorpion EXO-R1 Air, the leading helmet in MotoGP and SBK 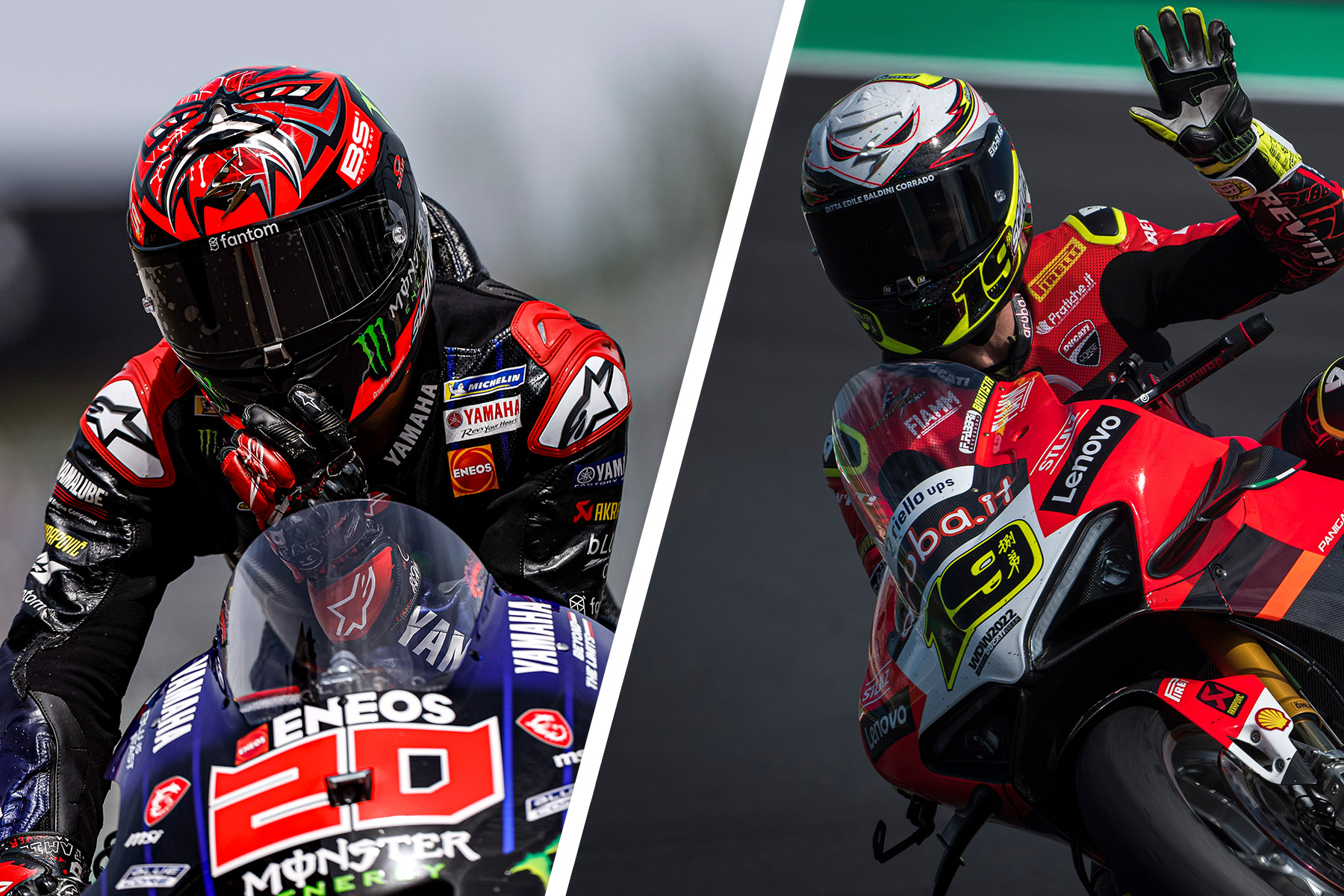 Scorpion EXO-R1 Air, the leading helmet in MotoGP and SBK

Quartararo and Bautista lead alongside Scorpion

MotoGP leader Fabio Quartararo and Superbike leader Álvaro Bautista have something in common: they both use the Scorpion EXO-R1 Air, which has become the leading helmet in the two main speed championships midway through the season. world level.

Few showcases are better for a brand of equipment than the competition, and in terms of speed there is none that exceeds the impact generated by both the MotoGP World Championship As the world superbike.

Well, both contests today have a peculiarity: their respective leaders (fabio quartararo in MotoGP and Alvaro Bautista in SBK) wear the same helmet, the Scorpion EXO-R1 Air.

The Korean brand introduced this model in 2019 to replace the well-known EXO-2000 as its top-of-the-range helmet. Already from that first year, resounding successes began to arrive in competition from the same riders who are achieving them today, Álvaro Bautista and Fabio Quartararo, both faithful to scorpion.

The French rider, current MotoGP champion, has used this helmet model since his arrival in MotoGP in 2019, which coincided with the introduction of the EXO-R1 Air on the market. For his part, Bautista began working with Scorpion in 2013, at that time with an EXO-2000 that began to become popular thanks to the pilot from Talavera. For Álvaro, this is his tenth season with Scorpion, which shows his confidence in the Asian firm.

Quartararo faced the long summer break in MotoGP at the head of the championship and is the strongest contender to retain the title he won last year. The Yamaha rider accumulates three wins and a total of six podiums in the first 11 races of the season, numbers that have made him reach the break with a 21-point advantage at the head of the World Championship, despite the retirement in the last race in Assen.

For his part, Bautista has started the Superbike season with a bang and is leading with authority on his return to Ducati. The #19 leads the general standings with a 36-point advantage after the first four rounds of the season, since in the total of the 12 races that have been held so far this year he has not yet stepped off the podium, taking the highest rung in six of them. 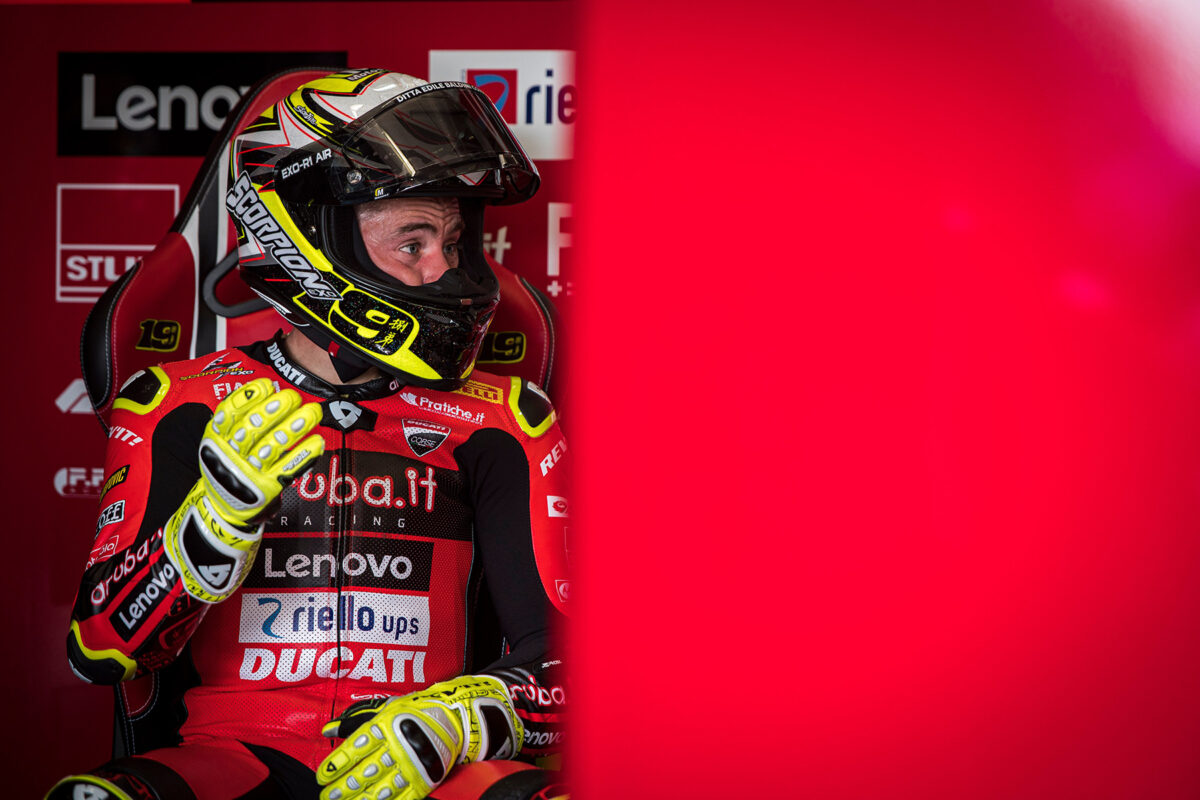 This is the Scorpion EXO-R1 Air, the helmet of Quartararo and Bautista

One of the highlights of the Scorpion EXO-R1 Air is that the helmet that its pilots equip in competition is exactly the same that a user can buy in stores. It is the top-of-the-range model of the Korean firm and has been developed for competition, but its ‘street’ version does not differ at all. 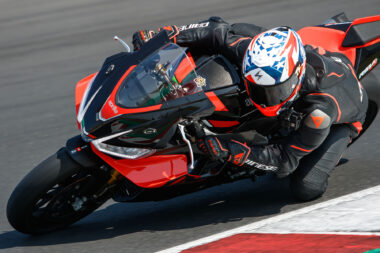 In fact, among the wide range of colors available on the market, Scorpion also sells this model with the same graphics used by Quartararo and Bautista, which makes them quite similar replicas to those worn by the MotoGP and Superbike leaders.

As with the Scorpion models, another key point is the system air lift that allows the inner cheek pads of the helmet to be inflated so that the fit is even more optimal and to the user’s taste. If you want to know all the details of the helmet, you can do so in the two technical sheets that you will find below, both in its standard version and in the special carbon fiber version. 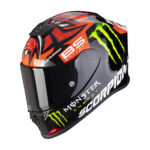 Quartararo gives ground but maintains a reassuring lead | sports
After leaving F1, could Honda be preparing his departure from MotoGP?
The networks dictate sentence with the premiere of Jorge Lorenzo as MotoGP commentator
MOTOGP 702