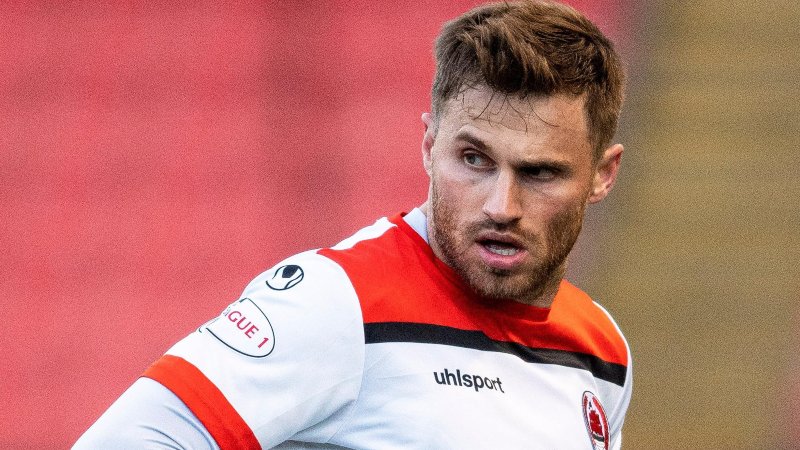 The Raith Rovers club of the second division of Scotland was in the eye of the hurricane by the signing of David Goodwillie, a footba

The Raith Rovers club of the second division of Scotland was in the eye of the hurricane by the signing of David Goodwillie, a footballer who was implicated years ago in a rape case

The Raith Rovers, Scottish second division club, has lost its main sponsor and the captain of its women’s team, after the controversial signing of David Goodwillie, with a record for rape, on the last day of ‘mercato’.

Goodwillie and his former Dundee United teammate, David Robertson They were ordered to pay 100,000 pounds ($135,000) in damages to a woman who accused them of rape in a civil trial in 2017. No criminal charges were filed against either player.

“Only by denouncing can we prevent this (rape) from happening again”: victim of Robinho

A former Blackburn and Aberdeen player, Goodwillie left Plymouth after that sentence and spent the last two seasons with Clyde, a Scottish second division club.

The announcement of the striker’s signing on Monday caused a great controversy between fans and people related to the club. The writer of police bestsellers Val McDermid, with more than 17 million books sold and with one of the stands at the Raith Rovers stadium bearing his name, he announced that he was no longer sponsoring the club.

“This morning I ended my lifelong partnership with Raith Rovers following the signing of rapist David Goodwillie. I have canceled the shirt sponsorship for next season following this disgusting and despicable signing. This shatters any claim to being a community or family club“, tweeted the novelist.

The captain of the women’s team, Tyler Rattray He announced for his part that he was leaving the entity. “After 10 long years playing for Raith, it’s unfortunate that I’m giving up now because they’ve signed someone like that and I don’t want to have anything to do with it.”

Scottish Prime Minister, Nicola Sturgeon He also criticized the club’s decision and assured that the fact that the footballer continues to play “reminds us all that our society still has a long way to go before zero tolerance for gender-based violence becomes a reality.”