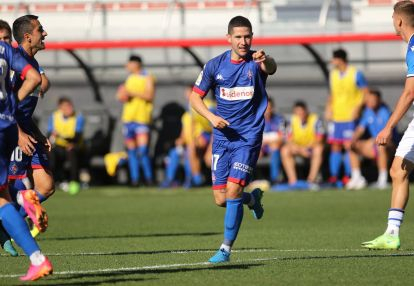 New agreement of Futbol Emotion in the First Rfef in alliance with a recently relegated LaLiga. SD Amorebieta has signed Nike as a new te

New agreement of Futbol Emotion in the First Rfef in alliance with a recently relegated LaLiga. SD Amorebieta has signed Nike as a new technical sponsor, taking over from Kappa, in alliance with the Spanish chain, specialized in the distribution of football articles. The economic details of the agreement and its duration are unknown, as reported by the entity in a statement.

The Basque club wore Kappa from 2016-2017. He now goes to Nike, a brand that he has never worn, and with which he will try to return to LaLiga by express route. Amore’s agreement with Futbol Emotion is added to the one the network recently signed with Real Murcia, who will wear Adidas.

In addition, Futbol Emotion and Nike are already working together with RCD Mallorca, Elche CF and SD Huesca, with contracts signed by all of them in the last season. The chain has a network of more than 300 elite clubs and lower categories.

On the other hand, Kappa has managed to prolong its relationship with another club recently relegated to Primera Rfef such as AD Alcorcón. The pottery group has announced in recent days the renewal of its link with the Italian brand for two more seasons in an agreement in which the economic details have not been revealed either.

Sunday of great football in Europe
40 years of Pinto da Costa at Porto: the most successful president in football history
What are the most expensive signings in the history of world football?
FOOTBALL 3177