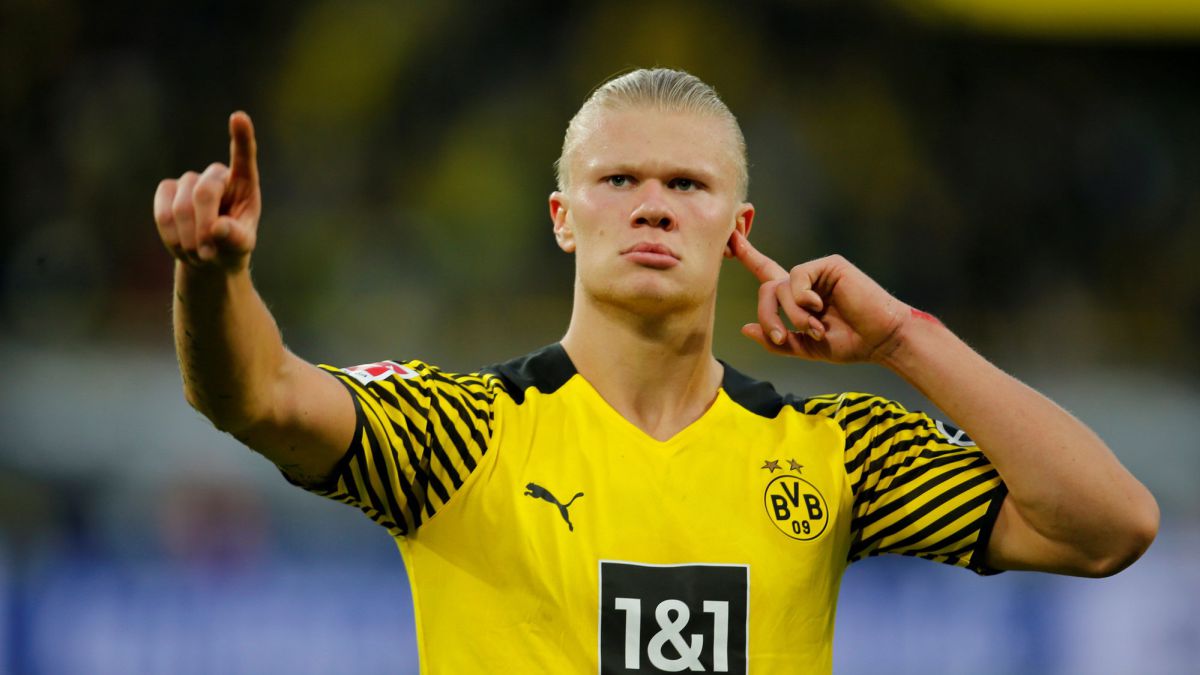 The latest statements by Hans-Joaquim Watzke, Borussia Dortmund CEO, referring to Haaland's departure, have not sat well in the player's environme

The latest statements by Hans-Joaquim Watzke, Borussia Dortmund CEO, referring to Haaland’s departure, have not sat well in the player’s environment. “If Haaland is going to come out next summer for sure? That’s bullshit…”, commented the leader, very annoyed. “Some experts say: ‘They are in the stock market, they are going to have to sell Haaland in the summer.’ The decision to sell to someone in our club is made by the board only. It has not yet been decided if he will actually leave next summer. We will see”, sentenced.

But the reality is very different from what Watzke says. As AS has learned from direct sources from Borussia itself, the verbal agreement reached by the German club and Mino Raiola, the player’s agent, to facilitate his departure in the summer of 2022, is still very much in force. Haaland has kept his word, Do not force your exit last summer and wait for 2022, despite the fact that it had very important offers from the main teams in Europe. But next summer it will certainly come out.

They assure AS from Borussia that there is nothing signed. It is a verbal agreement to attend to the offers that may come from the player in 2022. And they deny that there is a clause whereby Haaland can leave for 75 million euros when the time comes. “Facilitate his departure” means negotiating with the club chosen by the player, which is Real Madrid, although that decision has not been taken definitively because the opinion of Mino Raiola weighs heavily on it, who has always shown great intuition to choose the fate of his clients, whom he treats and advises as if they were their own children.

Raiola brought Haaland to Borussia in a very advantageous situation for the Rhur basin club. Dortmund only paid 20 million euros to Salzburg (plus 23 in commissions, eight to the father and 15 to his agent, Mino Raiola). All, based on the fact that Watzke would facilitate his departure in the summer of 2022. Raiola understood at that moment that it was preferable to take him to a club where, even though he was first-rate, the striker would not have so much pressure. And he was right. The agent would have preferred that he left last summer, but Borussia’s decision to wait has been respected.

Next summer will therefore unleash a fierce bid for Haaland among the main clubs in Europe. But there are two main candidates, they are Real Madrid itself and PSG. The Norwegian is clearly on the roadmap of the white entity, which must first formalize the signing of Mbappé in January, when the Frenchman is free to sign for the team he wants. If he goes to Madrid, PSG will go all out for Haaland and will make it difficult for Madrid. If, against the prognosis, PSG convinces Mbappé to stay, Madrid will have a free hand for the Norwegian.

Few clubs, rather none, would turn down a player of the stature of Erling Haaland right now. The Norwegian star of Borussia Dortmund is on the agendas of practically all the greats of Europe, who will bid for him again next summer. What few know is that Bayern Munich was able to seize the services of the kíller three years ago, but the forward did not end up convincing the sports management and was discarded. This was revealed by Ralf Rangnick, former director and coach of RB Leipzig, in an interview on DAZN.

It is the year 2018, when Hermann Gerland, at that time in charge of the Munich quarry and now second coach of the German U21, noticed Haaland during a friendly of the Norwegian lower categories against Germany. At 17, the striker scored two goals and fell in love with Gerland. “Hermann told me that he was totally enthusiastic about him and that he advocated his signing, but that they ended up deciding differently,” explains Rangnick.

Gerland, known for his nose when it comes to discovering young talent, had not missed a Haaland who, at that time, was active in the ranks of the Norwegian Mold. “He went to watch the game with that objective,” recalls Rangnick, emphasizing that “Bayern could have signed him”. It did not happen, Haaland continued to stand out and, after taking off at Red Bull Salzburg, ended up signing for Borussia Dortmund in January 2020 in exchange for 20 million euros.

Caldense beach soccer seeks a place in the National Sea and Beach Games
Hazard shuts down – Sport-Journal
This is how the table was left with Talleres as the absolute leader, River on the prowl and Boca that is approaching
FOOTBALL 663