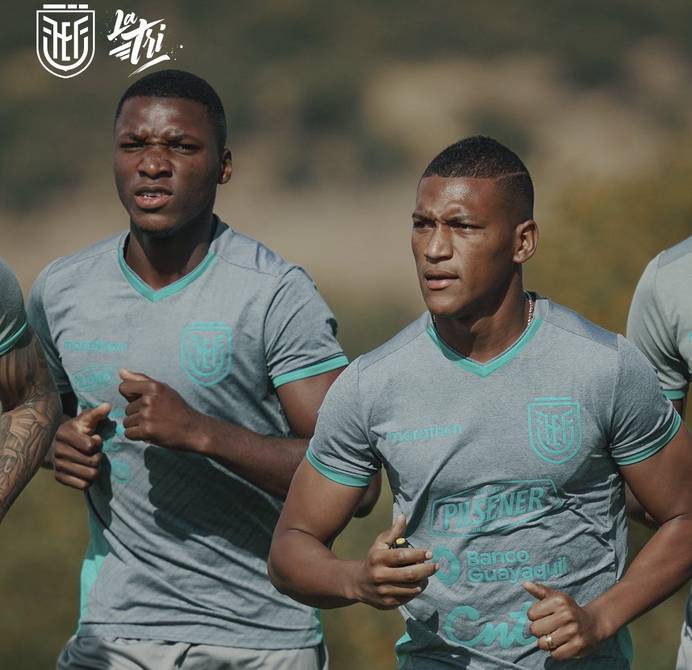 The Ecuadorian soccer team began the work microcycle before the games by FIFA date to be played between September 23 and 27, against Saudi Arabia a

The Ecuadorian soccer team began the work microcycle before the games by FIFA date to be played between September 23 and 27, against Saudi Arabia and Japan, the final phase of its preparation prior to the Qatar 2022 World Cup.

La Tri meets in Spain, where this Friday it measures the Arabian team. The team is under the command of coach Gustavo Alfaro, who received the tricolors in Los Angeles de San Rafael, a town near Madrid, where the squad completed a first practice on Sunday, with the presence of players from European leagues and an advanced group of the local tournament.

Even without a full team, Alfaro faces practice this Monday at the Wanda Sports City, a stage that will host the tricolors until Wednesday, with training sessions scheduled to start at 5:00 p.m. local time, 10:00 a.m. in Ecuador.

‘Hunters of impossible utopias’: Gustavo Alfaro tells in his book the experiences with Ecuador on the way to the Qatar 2022 World Cup

The team is scheduled to be completed this Tuesday with the arrival of elements from North American leagues, so for the evening practice Alfaro would already have the 28 players mentioned.

For Thursday, the team plans to move to Murcia, where it will complete a final move with work on the pitch at the Enrique Roca stadium, Nueva Condomina, the scene of the duel against Arabia, on Friday, from 1:00 p.m. in Ecuador.

After the game, the Tri will move to Germany, where on Tuesday the 27th they will measure Japan, in Dusseldorf, from 06:55, Ecuadorian time. (D)

Loading...
Newer Post
Develops state boxing Indem on the way to Popular National Games 2022
Older Post
Belgian GP F1 2022: The change in the chassis that Red Bull would have in Spa and that worries Ferrari