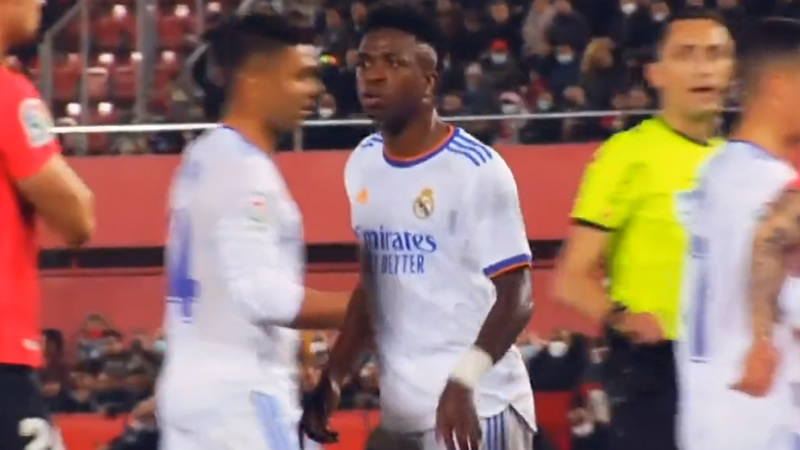 Serious repeats Racist incidents in Spanish footballthat La Liga, the Federation and the authorities should be taken as a more than serious issue t

Serious repeats Racist incidents in Spanish footballthat La Liga, the Federation and the authorities should be taken as a more than serious issue to deal with immediately.

This season, the madridista Vinicius He has already suffered racist gestures at the Camp Nou during a Clasico, and recently the player Carlos Akapofrom Cádiz, was insulted and belittled in Granada.

Last night, in Mallorca, and again against Vinicius, there were serious incidents when part of the local fans made monkey cries to attack the Brazilian from Madrid. A grotesque and absurd scene, when several black players and ethnic minorities in Spain play in Mallorca.

To Vinicius in Majorca. To Nico Williams in Seville. Racist chants in football. #The day after pic.twitter.com/HQgZtA49hv

Vinicius suffered this attack when a brawl had arisen on the field after he received a hard tackle from the local Maffeo, which ended with a yellow card for the Brazilian for protesting that the foul was not called.

It was then that some fans made the usual monkey cry “u, u, u…”, which racists repeat to attack black people.

We receive some complaints that Vinicius Jr. suffered racist offenses in the game between Mallorca x Real Madrid. Does anyone know more about it?
We are looking for information.#ForMaisRespect pic.twitter.com/ustZIB7VeW

It is possible that generalized measures will be taken against Mallorca, since it is not possible to identify the specific people who made these chants.

I bet what you want that Vinicius’s dance will be talked about more than the constant insults, racism and these two entrances. @RichardDees pic.twitter.com/yd850PolCt

Racist chants to Vinicius one more day but this does not matter.

Loading...
Newer Post
Omar Alfanno Foundation prepares for a golf tournament that seeks to promote the art of music in children
Older Post
An owner mistakenly refueled his McLaren F1 GTR with diesel