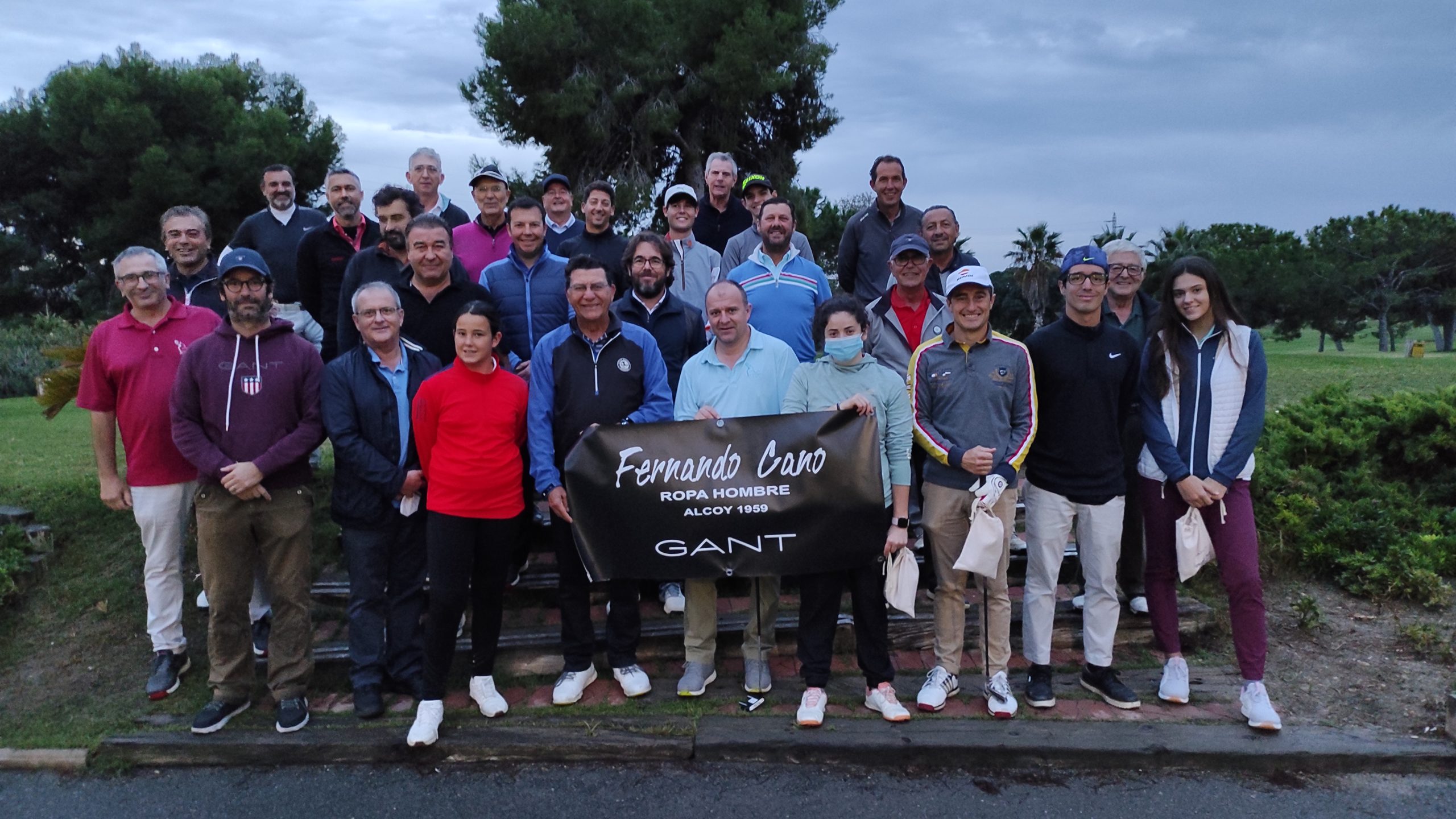 Family photo of participants, sponsor and companions after the Master. Joaquín Serrano was the winner of the XVI Master

Family photo of participants, sponsor and companions after the Master.

Joaquín Serrano was the winner of the XVI Master Fernando Cano Men’s Clothing-Gant, one of the most emblematic events of local golf in which the ‘Winner of Winners’ award is put into play, in which those who have obtained the victory participate in any of the tournaments played during the season.

Serrano took the victory with a 40-point stableford card and 85 gross hits. His lead was two points over his immediate followers. In addition to the Master 2021 award, three categories were contested in the competition held at the Bonalba field (Mutxamel).

In First the winner was Hugo Pastor with 35 points, in Second Category Eladio Jorge Silvestre won with 37 and in Third the victory went to Juan Antonio Reig with 38 points.

After the dispute of the Fernando Cano Men’s Clothing-Gant Masters, there are only two appointments left to close the 2021 season of the Alcoy Golf Club. The Order of Merit begins to be outlined, but there are still no clear winners and everything could happen in the last trophy.

In the Gold category the leader is Daniel Hernández and in Silver it is Marina Silvestre who heads the classification. Sponsor Santiago Cano was present at every moment of the day and served as host at the subsequent meal. The next Alcoy Golf Club competition will be at the El Bosque field (Godelleta) where the Cup will be played next Sunday the 14th.

Nick Edmund, the pilgrim who fights cancer with his bag of clubs in tow
A new edition of the charity “Copa del Rey” golf – Sports Center
The first Golf Tournament organized by Acosta Asesores ends
GOLF 284