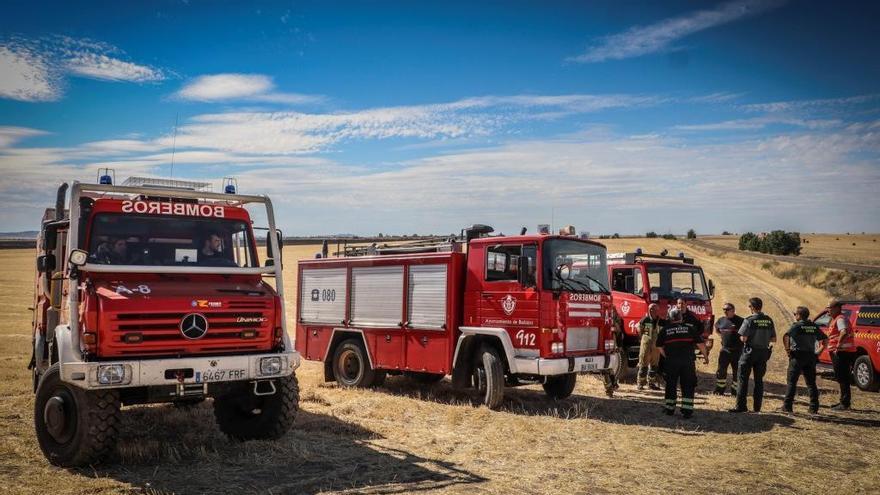 Seven hectares are burning between Cerro Gordo and the Golf Guadiana urbanization, on both sides of the highway. The firefighters have received the notice around 5:30 p.m., going there with two fire trucks. The fire, which has taken about three hours to extinguish, has also affected a part of Los Rostros, and thanks to the fact that the grass is still green, it has not spread much further. At certain times, firefighters they doubted whether to notify the Civil Guard to cut off traffic due to the large amount of smoke caused by the fire, which posed a certain danger to the cars traveling on the road, but in the end it was not necessary.