Seven injured by disturbances in soccer match in Guatemala 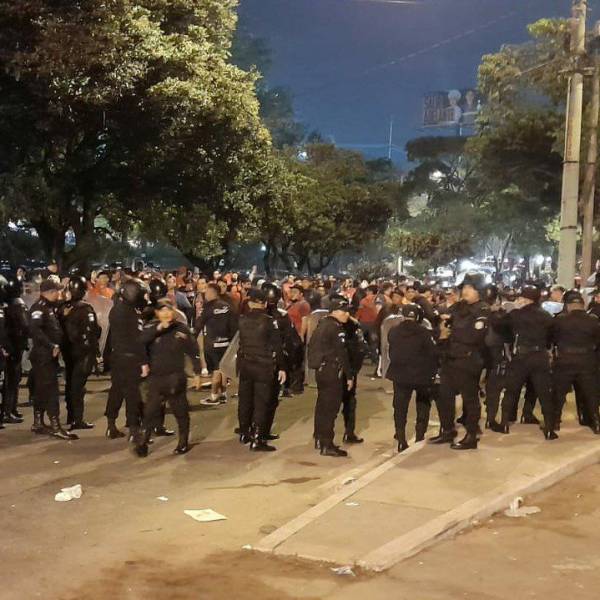 A confrontation between fans of the Municipal de Guatemala and Olimpia de Honduras clubs before a match left at least seven people injured, inclu

A confrontation between fans of the Municipal de Guatemala and Olimpia de Honduras clubs before a match left at least seven people injured, including five police officers, authorities reported Thursday, who also reported the arrest of six people.

The prelude to the meeting at the Doroteo Guamuch Flores National Stadium in the Guatemalan capital became a pitched battle between rival fans and between the agents who intervened to stop the brawl.

Police spokesman Edwin Monroy stated that the six detainees are of Honduran nationality. He added that, after the fight broke out, the police launched tear gas.

Videos shared on social networks showed a young man who had a hemorrhage in his neck. The San Juan de Dios General Hospital reported that he had received a person injured by a firearm in the riots and that his condition was delicate.

Despite the clashes, the match corresponding to the first leg of the round of 16 of the CONCACAF League, the secondary tournament for clubs in the region, took place. The local team, which was losing by two goals difference, rescued the tie 2-2, after the Honduran team lost two players due to expulsion.

Loading...
Newer Post
Gigared Cup in Posadas | This Saturday there will be a golf tournament
Older Post
Jessica Korda wins with an impressive 61 on the first day of the Aramco Team Series in Sotogrande