Several drivers ask the race management to be less “square” 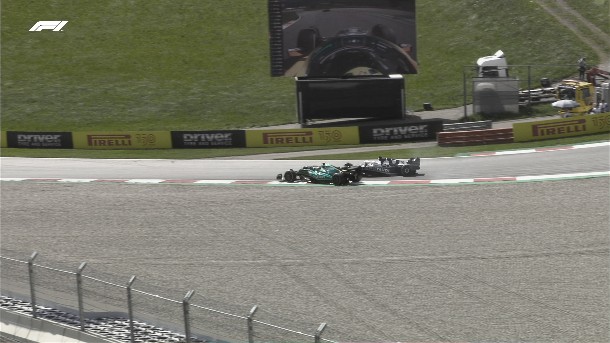 It takes some time for the bewilderment and discomfort among the pilots of Formula 1 in the face of the inconsistency of the stewards is on the rise, in cases such as battle incidents in the race or the often improvised track limits.

This matter reached its peak embarrassment during the Big prize from Austriawith a whopping 43 incidents due to ‘track limits’while George Russell considered his 5 second penalty for his collision in the first round with Sergio Perez What ‘hard’.

The Mercedes driver considers that all incidents must be judged independentlysince everyone is different, and asked the stewards to work together with the drivers so that everyone is “on the same page”.

“The dynamic of every incident is different,” says Russell. “What happened is that Pérez was on the outside and had to give him space”.

“When it puts me in a position where I’m on the limit with my car and someone corners with more grip, there’s nowhere else for me to go. If we take it literally, I was wrong and he was right.”

“But, from the moment I braked, I was on the limit and couldn’t do anything else. He had clean air and Carlos was defending the interior. That’s what happens in the first lap, he has a lot of experience and he knows how he goes ”

“Nevertheless, from the stewards’ perspective it is more difficult. All we look for a certain consistencybut we also do not want sanctions to be applied left and right each GP.

“I therefore think that we must all work together to establish that we are all on the same page”, ends the Mercedes driver.

For its part, Verstappenon whether he should go back to a single race director for greater consistency, clearly comments that “I don’t think it depends on it, but rather it’s about working more with the riders instead of keeping your stance and closing in”.

Charles Leclerc,on this matter, indicated that “consistency has always been something we have sought and can always be improvedBut for now, with two race directors there is no solution. But I sincerely believe that if we had a single race director again, everything would be easier to manage for all” sentenced the Monegasque.

Tags: Race Direction, red bull ring, Formula 1
Not so groundhog: he crossed the track and was saved from being run over by the Formula 1
Michael Morales will face Ramiz Brahimaj at UFC 277
He turned on the alarms: the greatest fear of Formula 1 ahead of the Silverstone Grand Prix
FORMULA 1 1974