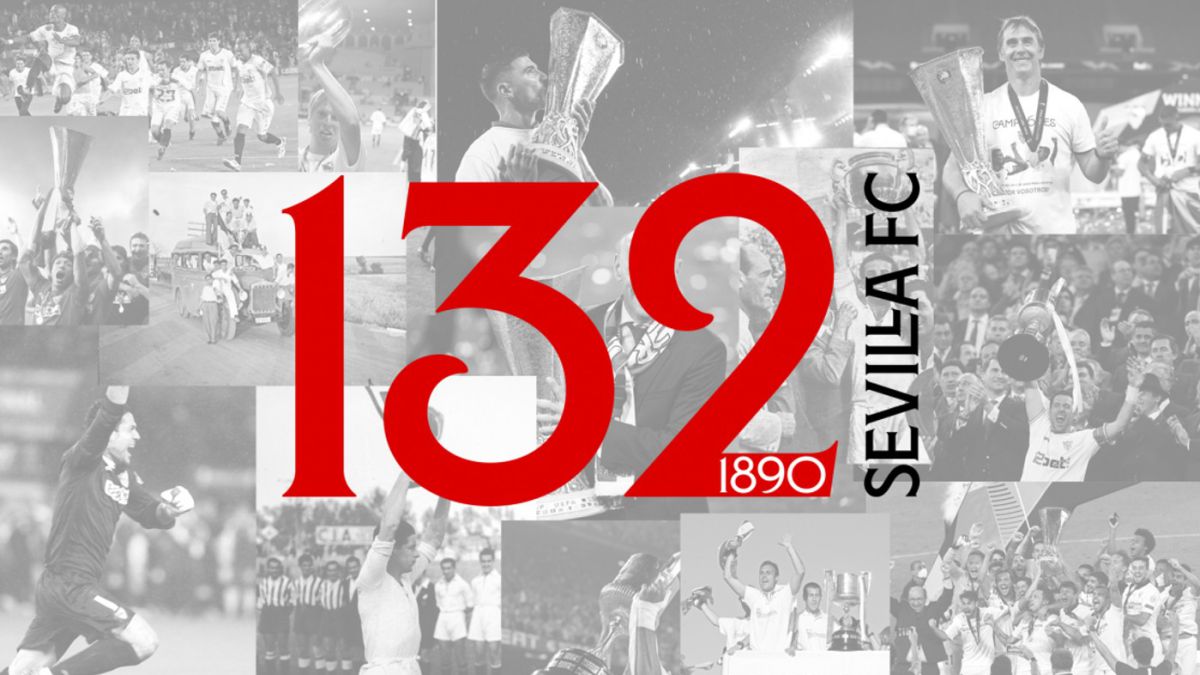 Sevilla celebrates this Tuesday 132 years of history. The Nervión team changed its founding date by 15 years (the previous date was 1905) to remi

Sevilla celebrates this Tuesday 132 years of history. The Nervión team changed its founding date by 15 years (the previous date was 1905) to remind us that this January 25 “marks the 132nd anniversary of that historic evening of 1890 in which a group of young people, Sevillian and British, met in an old cafe in the capital of Seville in order to celebrate the traditional Scottish festival of Burns Night. Emulating the birth of the Football Association (FA) in a London tavern, those young people decided, andbetween beer toasts, founding Sevilla FC, the entity that today, 132 years later, continues to champion the name of the city that saw him born throughout the world”.

“Since then, it has been 132 years of life, 132 years of a history that, as Mr. Ramón Sánchez-Pizjuán stated, is clean and diaphanous, free of any blemish and full of the effort and sacrifice of numerous generations of unconditional Sevilla fans. That sevillismo, which is now celebrating its CXXXII anniversary, is what has led us to be what we are today, a self-made club“, adds the statement of the cub.

“That sevillismo is one that never hesitated for a single moment when it came to showing its love and absolute loyalty to some colors, as when there were cContribute to the construction of the old field of Avda. Reina Victoria, the old Nervión or the current Nervión Coliseum, like when he paid for the signing of Bertoni, he took to the streets in August 1995 or came to the aid of the entity for its transformation into SAD “, he concludes.

With that foundation, Sevilla became one of the oldest clubs in Spain. Although the Dean of Spanish football is still from another Andalusian club and mVery close to the capital of Seville, the Recreativo de Huelva, whose birth is a year earlier, in 1889.

Negritas is crowned as the great champion of soccer from Dolo
Chucky Lozano, with a year 2021 to forget
Goalless in Montevideo – Football
FOOTBALL 2704

Loading...
Newer Post
The day Naughty was belittled in the store and took out 10 thousand dollars
Older Post
In Saltillo comes the crucial stage in boxing