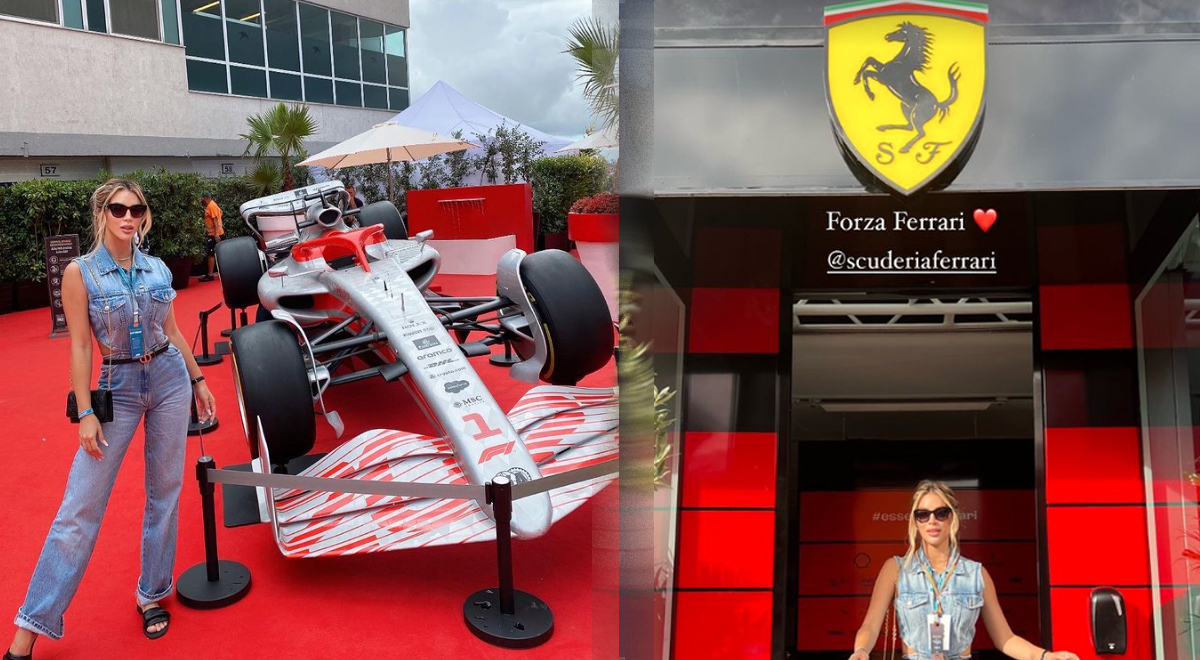 Another copy? The couple made up of the Peruvian model Sheyla Rojas and her boyfriend, the Mexican Luis Miguel Galarza Muro, better known as 'Si

Another copy? The couple made up of the Peruvian model Sheyla Rojas and her boyfriend, the Mexican Luis Miguel Galarza Muro, better known as ‘Sir Winston’, shine on a tour of the Formula 1 circuit in Hungary. As you remember, the couple was in Spain recently, sharing with the model’s son.

YOU CAN SEE: Antonio Pavón happy that Sheyla Rojas and his new girlfriend are friends: “They go to concerts together”

“You can’t hear, but we say Hello PERU,” were the model’s words for her followers on Instagram. “Within the F1 circuit… A super experience, but I must confess that she was very nervous,” said Sheyla Rojas. “The cars passed by so fast and I was so close, not even my hair was messed up,” she added.

Likewise, the former host of América Hoy did not hesitate for a second to take a photo with former Red Bull driver Christian Horner. “When you walk through paddock teams and the runners go by,” he concluded.

The couple is more in love than ever on their vacation. As it is recalled, at the beginning of this year, the model sent several hints of marriage to her partner, although she confessed that she would first like to become a mother for the second time. “I want to start my family and have a lot of children, more than thinking about a wedding, I want my family,” she said.

YOU CAN SEE: Sheyla Rojas gets into the jacuzzi, while her ex Pedro Moral dances salsa in their marriage

Sheyla RojasShe did not hesitate to go to a luxurious hotel in Marbella, accompanied by Antonio Pavón, her girlfriend Joi Sánchez and her current partner ‘Sir Winston’, a Mexican businessman who is already in Spain ‘checking’ each of the blonde’s steps.

“That! The passage of the Chango!”, The Spaniard is heard saying, while the mother of her only son moves to the rhythm of the DJ’s songs. The former driver teaches the dance to her boyfriend and the Peruvian who stole the heart of Pavon Galan.