shocking! Guard reduces a fan with a UFC movement and hits him with successive combos in the face in a Watford de Sierralta match 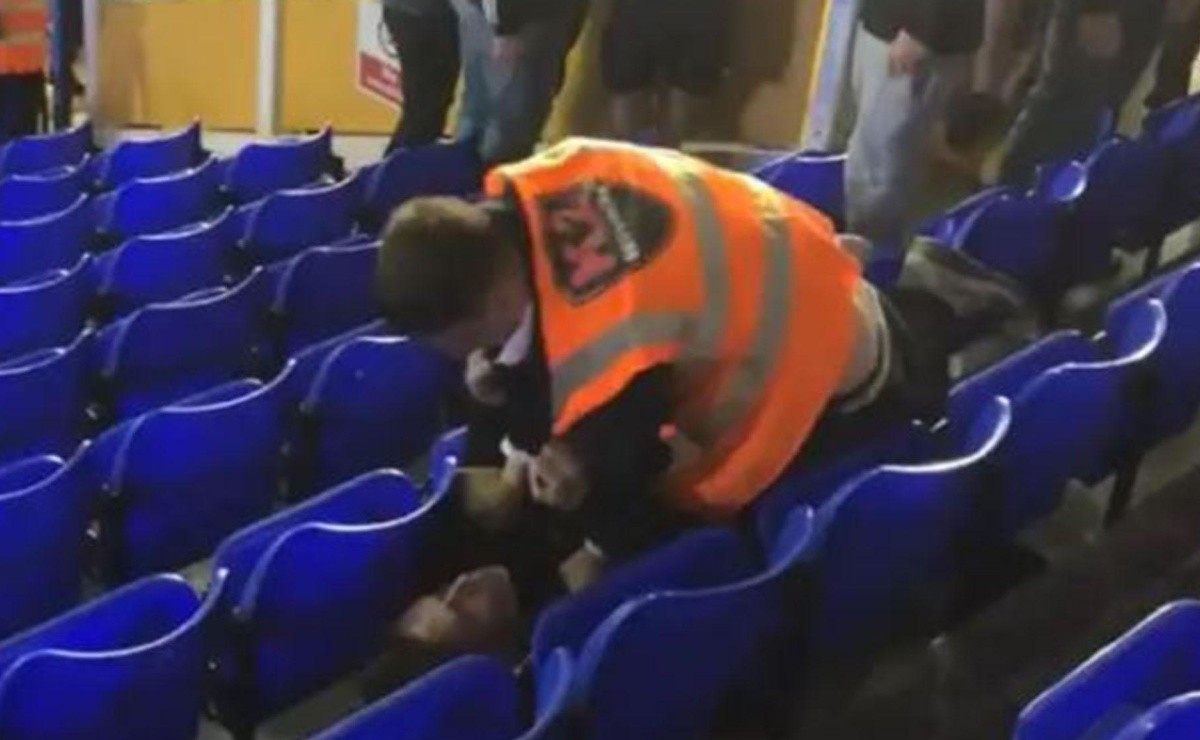 A guard from the English Championship was seen in a violent action against a fan in the match between Birmingham and Francisco Sierralta’s Watford. The images are shocking.

© CaptureThe guard has no mercy with the fan

This Tuesday the watford rescued a draw as a visit by 1-1 against birmingham at St Andrew’s Stadium for the fourth date of the Championship.

The Chilean national team Francis Serraltawas present in the foreign team during the 90 minutes, after overcoming an injury that had been dragging on for a couple of weeks.

The duel, which kept Watford in third place in the tournament, was also marked by a fierce fight between a guard and a fan in the stands.

The two began to grapple with each other in the middle of the seats, until the guard lifted the supporter into the air and laid him down with a quick move in the style of the UFC.

When he had him on the ground he began to hit him with his fist, while other fans watched in amazement at the level of violence that the fight reached.

At the same time, two other subjects were also fighting a few meters up the stairs, as can be seen in the video uploaded by a user to social networks. It is not yet known what caused the altercation, but the images have been widely on networks.

Watford, who have eight points from four Championship games, next visit Preston North End on August 20, while Birmingham host Wigan Athletic on the same day.

Tags: watford, championship
the agenda with the games to watch during this weekend
Atheyna Bylon goes for gold in the Continental Boxing Championship
Extremadura golf closes the season with the Absolute Senior Championship
UFC/MMA 1198

Loading...
Newer Post
These have been the five most amazing comebacks in Colombian Football
Older Post
F1 2022: Red Bull remembers Checo Prez: the Minister of Defense and the most successful Mexican in F1