Sidecar, a great gastronomic proposal at a golf course in the south of Gran Canaria 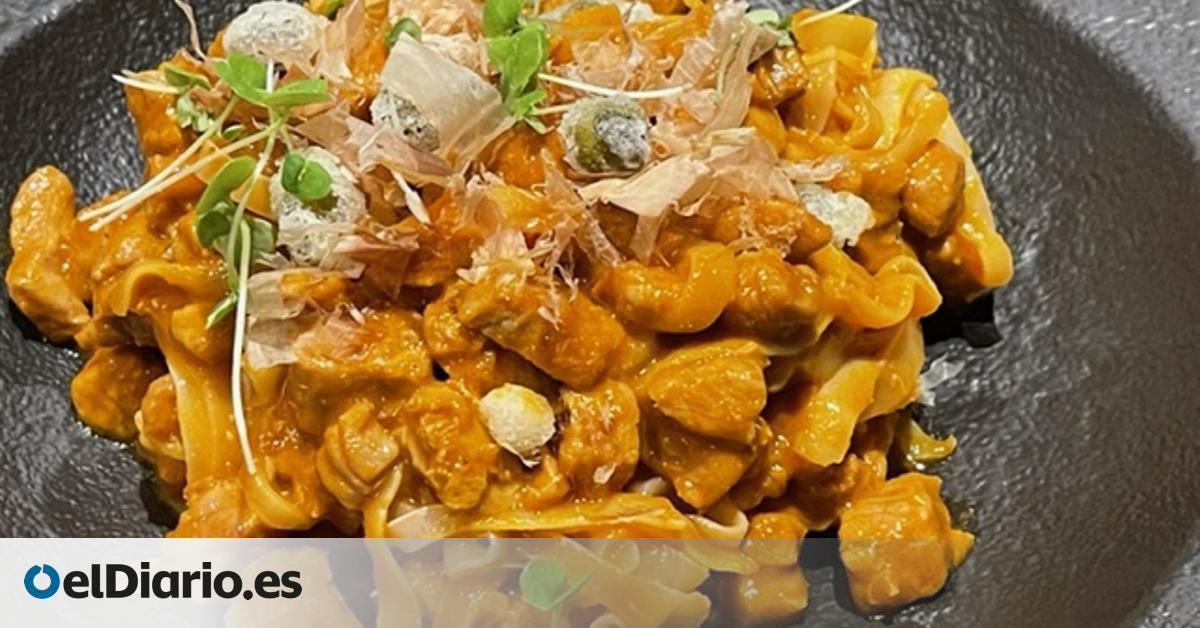 In this section we have already spoken to you on a few occasions about the proposal by Manolo Vilariño and his team at La Palmera Sur, for many Gran Canarians a mandatory stop when it comes to eating well in the south of Gran Canaria. But today it’s time to tell you about another of his restaurants in the same area, the Sidecar restaurant, located in the Salobre Hotel Resort & Serenety.

Sidecar is not at the diner’s hand, you have to go there and both the hotel and the restaurant are very aware of that, so they have open access to the parking lot at no cost to all customers, something highly valued and that saves that barrier that we sometimes put up when we go to a restaurant located inside a hotel. And if you are staying in one of the Villas Salobre, the night walk to go to this room both on the way out and on the way back I assure you from my own experience that it is pure wonder.

The first thing that I would highlight about Sidecar is the elegance, good taste and comfort of its facilities, careful details both in furniture and in piped music and temperature that make this place ideal for a quiet dinner alone or in company after a long day in the sun. or golf, or both for those who practice that sport. Another point to note is that when looking at the menu one realizes that Manolo Vilariño is very clear about his line of cuisine, so in Sidecar one can find great classics of his proposal such as the aubergine chips or the sandwiches of squid, compared to other dishes that are cooked exclusively here and for which I opted to meet them. Of course, the aubergine was not lacking on the table, it is like a hallmark of the house.

Unctuous spicy Chinese bread with touches of Canarian mojo as a welcome snack and that threatens to become a fixture on the menu. It is important to note that the bread is made and fermented in the house itself, nothing to buy semi-prepared. The aubergines are impeccable and curious at the same time as the “Caesar salad” is perfectly executed, keeping all its ingredients but taking it to one of the most beloved snacks in Spain, the croquette. This is one of those times when accompanying the croquette with ingredients on or even under it, like that heart leaf, makes perfect sense.

We continue to enjoy the kitchen finger food that is so much fun when it is well executed playing with a millet taco, tempura lobster, pico de gallo with mango, guacamole and chipote mayonnaise, another of those bites that explodes in flavors as you taste it.

To finish this part of the menu, some octopus and ponzu gyozas, of which I highlight the incredible cooking point of the cephalopod and how measured its portions are inside the gyoza so that, when you bite into them, all the power explodes on the palate. . In the image you can see that we are talking about a dry gyoza, free of all residual oil and fat, like a plate of sunflower seeds, one of those that do not stop eating in a loop.

The second block continued to have the hands as the main cutlery, that is, a guaranteed party where the Pan Bao of low-temperature bacon, strawberry hoisin and pickles opened the fire in style.

We continue with a taco of Iberian pork cheeks with a chocolate reduction, shitake mushrooms and pickled pumpkin, as beautiful to look at as it is round in its combination of flavors with a single objective, to enhance the stew of the cheeks: a 10.

As a closing, the addictive Bao stuffed with ribs roasted for 48 hours and cherry teriyaki, a dish “inherited” from the Asian pop-up that Manolo set up last year in La Palmera Sur and that many of us remind him of, to which the chef and owner responded: “This year it has been impossible to carry it out because there has been no staff to be able to lift it and you know how María and I are: either we do it well or we don’t. But it is something that we have in mind for the future, there are many who have asked us about it and that is that they liked it, which fills us with hope”.

As a closing of the salty pass, a dish that is going to become one of the best of the year and for which I would come from Las Palmas to Sidecar to eat it as a single dish and without even sharing, Singapore Bolognese with red tuna and squid noodles. The name gives a great clue and sets the bar very high as it plays with one of the favorite dishes for many: spaghetti bolognese, but here taken to the sea in all its expression, replacing pasta with squid noodles, and the meat bolognese for a tuna bolognese absolutely unspeakable for its flavor and subtlety. The tuna, in small cubes, which allows you to appreciate its flavor and texture impregnated with the great stew where they have been made but maintaining the most important thing, its perfect cooking point, nothing dry or past. Ask for grated cheese as an accompaniment, close your eyes and let yourself be carried away by one of those elaborations that without a doubt are here to stay.

On the sweet side, Manolo continues to play strong. “We need to have good desserts so that the client ends just as he begins; that is something that we have very clear in our kitchens”. And here the Brioche French toast and the roasted pineapple with coconut soup play in the same league, that of the great kitchens where it begins and ends in style, something that not everyone achieves.

The room is led with solvency, kindness, professionalism, knowledge and a humility that makes the diner fall in love with the young Joel Santana, who makes available to the diner a cellar worthy of admiration and enjoyment for all those who love great wines, and where to ask for drinks whatever one wants is also possible. The hand of Lili Díez and María Jesús del Rosario is noticeable behind this young team full of desire and enthusiasm that is aware that a proposal like Sidecar’s is also played in the living room and not only in the kitchen.

In the kitchen, at the helm Mimon El Filali, a young chef who bears the DNA of the Tambara Group engraved on fire and who cares not only about the executions and flavors being impeccable, but also that the hot spots in a room as large as this one are the right ones, something that it more than achieves and that is much more important than it may seem.

I am going to finish this article by referring to one of the wines that Joel served us tonight and that undoubtedly reflects in its name what it hides behind, El Patito Feo. That duckling that at first no one wants and that when it grows up becomes the most beautiful of the herd, it can be a premonition for this house since one can believe that it finds “another restaurant like La Palmera” and we could not be more wrong. Sidecar has a life and soul of its own, it deserves respect independently and without a doubt, a visit to the south of the island just to eat there is time earned to enjoy one of the best gastronomic proposals to be found in Gran Canaria.

The summary is made by Manolo Vilariño himself: “In each house I have different things but keeping the spirit of our kitchen very clear. It wouldn’t do me any good to have the same menu at La Palmera Sur in all the restaurants because for that the customer wouldn’t leave there. Hence, in Sidecar the proposal has its own personality. And I would tell you the same thing about the Puerto Marina Suites restaurant, in Puerto Rico.”

And with that I say goodbye, with the proposal of the Puerto Marina Suites as a goal for a future visit and thus finish off the journey to one of the kitchens with the most personality and interest that I know of on the island, that of Manolo Vilariño, a chef with all the letters.