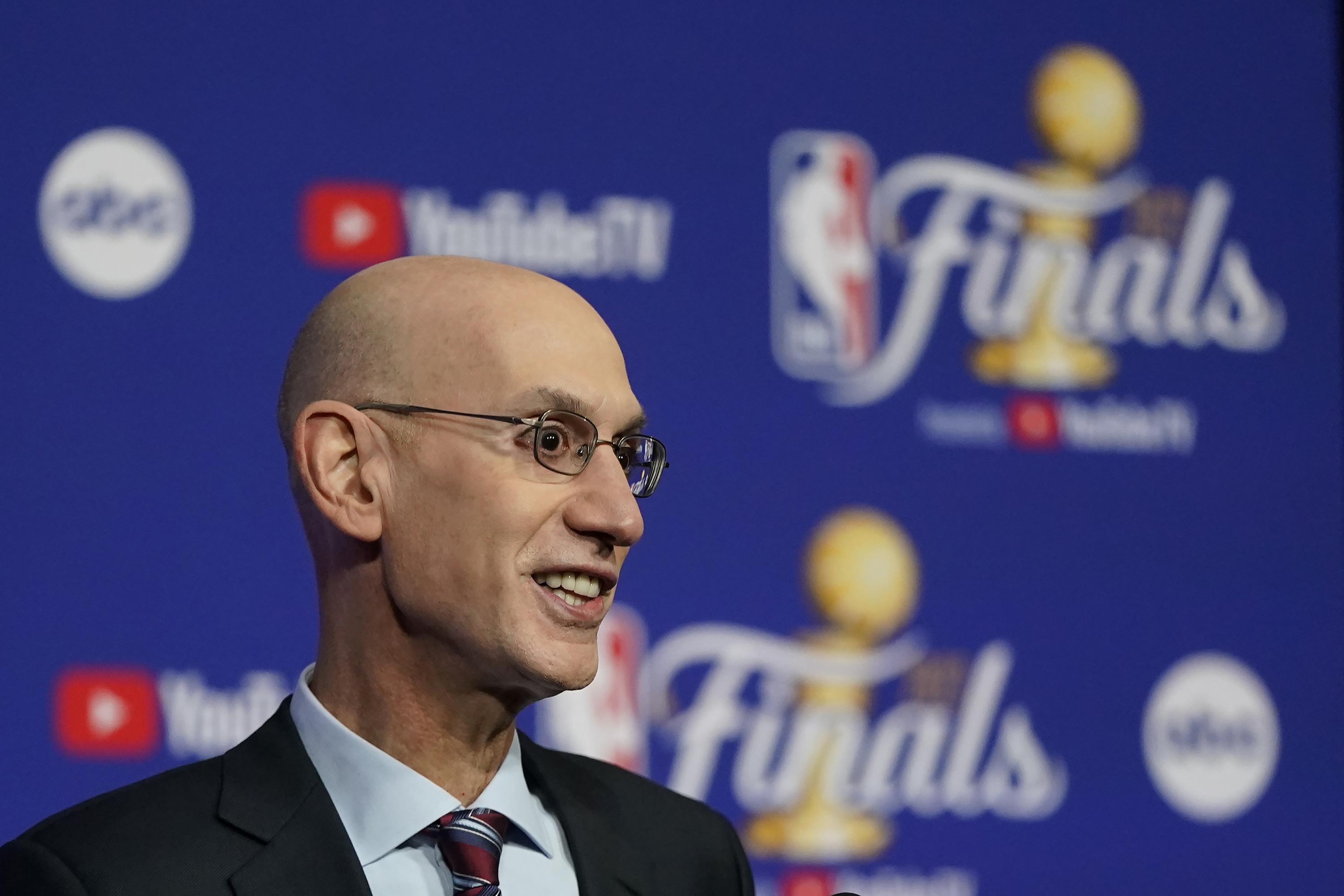 SAN FRANCISCO (AP) — Over the past three seasons, six different franchises have reached the NBA Finals. There have been five different Eastern Conf

SAN FRANCISCO (AP) — Over the past three seasons, six different franchises have reached the NBA Finals.

There have been five different Eastern Conference champions in the last five seasons. And this will be the fourth year in a row that the team that lifts the trophy is not the same one that won it a year earlier.

Adam Silver likes all of that.

At his annual Finals conference, the NBA commissioner repeated his usual refrain Thursday that he doesn’t care who wins. However, he felt that there is some value in the fact that the outcome is unpredictable each year in terms of which teams make it to the title matchup.

Later, the Golden State Warriors and the Boston Celtics played the first game of the Finals.

“Of course, I care about the platform that we put out there and the competition itself,” Silver said. “Anyone running a league wants to see, I think, not necessarily parity on the floor every year, but parity in opportunities. The best managed teams can also stand out.”

In the East, Cleveland was crowned in 2018, followed by Toronto, Miami, Milwaukee and now Boston. From the period between 1998 and 2002, it hasn’t happened that five different teams won the title of this conference in five years.

The Western Conference has its third different champion in the last three years. The Los Angeles Lakers were crowned in 2020, followed by Phoenix and now Golden State. The last time there was a longer such streak in this conference was 2010-13, when the titles went to the Lakers, Dallas, Oklahoma City and San Antonio.

“We do put a lot of focus on ensuring, through the salary cap system, that teams have essentially a fair opportunity to compete,” Silver said. “And that is something that we always look for as part of our system, something that we constantly talk about with the Players Association.

“The 450 players presumably want an equal opportunity to win championships, to be on a team that wins them, so I’m pleased with where we are. We are excited about the teams that are here in the Finals.”