Silverstone, the funniest race of the season 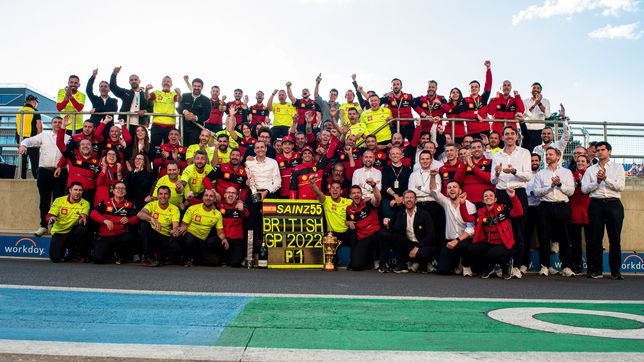 Carlos Sainz achieved his first victory in Formula 1 in this race at Silverstone. The day before he also signed his first pole position, beating Max Verstappen by thousandths. The British GP was one of those crazy races that Formula 1 has sometimes. Accidents, strategy, overtaking, Safety Car and last minute decisions from the wall; all the ingredients for a different career.

Sainz lost first place at the start, but Zhou’s serious accident returned him to first position at the restart. Nothing serious, but the Chinese driver’s car was one of the most spectacular and dangerous in the history of this sport. The man from Madrid led much of the race, but Leclerc had more pace and had to let him pass. team decisions. When Leclerc touched the winner’s trophy a safety car changed the plans. Leclerc stayed hard. Sainz, Hamilton and Pérez put soft.

Ferrari wanted the Madrid native to leave Leclerc ten cars behind when the green flag was raised, but the Spaniard rebelled against the wall with his famous “Stop Inventing”. Sainz did not hesitate and went to the knife for Leclerc to win for the first time in Formula 1. Leclerc had to elbow out to hold off Hamilton and Pérez, but the Monegasque could only settle for fourth place.

Hungary, Bahrain or Austria have also been among the most valued by the followers. In second place was the last race in Hungary (18%), with a Max Verstappen who came up nine places to win the race against a Ferrari that fell back due to poor decisions from the wall. Bahrain and Austria (both with 6% of votes) have been the third most voted. Here there were great fights between Verstappen and Leclerc to occupy the first place.