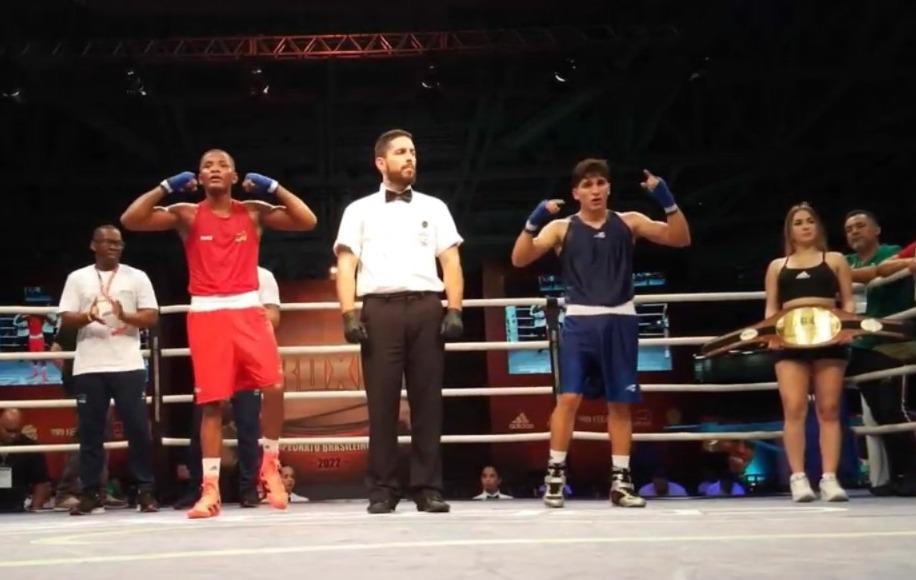 RIO DE JANEIRO._ In a day that overflowed with intensity from start to finish, Mazatlan boxers Marco Alonso Verde and Juan José Baltazar won the

An afternoon full of emotions was experienced this Sunday in Rio de Janeiro, where the matches for the championship belt were held in the different divisions that gave life to this competition.

After having left an impressive step in their first meetings, Marco Alonso Verde and Juan José Baltazar, trained by Radamés Hernández, also from Mazatlan, managed to reach the final duel for the title of the 71 and 80 kilogram divisions, respectively.

In the final duel for the title in the 71-kilogram category, Marco Verde ended up being outclassed by the local contender, Wanderson Oliveira, after three passionate rounds.

During the fight, both boxers stood firmly on the ring, showing their best combat techniques, to star in a worthy final match for the belt.

At the end of the duel, the judges decreed that it was Oliveira who ended up being superior to Verde, so they gave the Brazilian victory by way of unanimous decision.

In the final match of the 80-kilogram category, things were also quite close, because Juan Baltazar from Buenos Aires had to face the local fighter, Wanderley Pereira, before whom he ended up falling in an exciting match.

From the opening bell to the end of the fight, Baltazar and Wanderley left everything on the box, exhibiting their qualities during three rounds full of intensity.

However, despite the fact that the Mazatlan put up a good fight, in the end it was Pereira who had a better performance when it came to connecting, which ended up giving him the victory by unanimous decision.

Tags: Wanderson Oliveira
Former world boxing champion will decide through a ritual with Ayahuasca if he ends his career
Who is Jake Paul, the controversial youtuber who challenges the world of boxing
Boxing: Daniel Aquino will seek the Latin Silver title and the first as a professional
BOXING 3638

Loading...
Newer Post
He has it defined: the money that could tempt Floyd Mayweather to return to boxing
Older Post
Boxing in Viedma: Chino Guayquifil closed the evening forcefully | NewsNet