Six blaugranas in the first Futsal Final in history 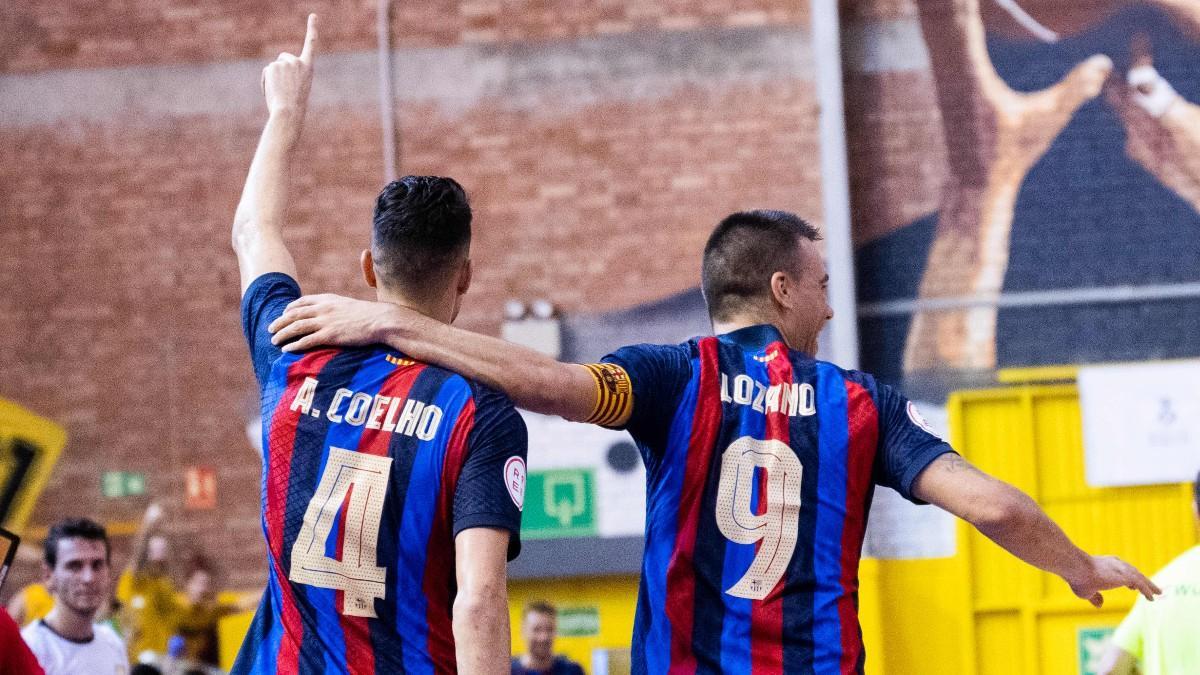 Six blaugranas in the first Futsal Final in history


Spain, Portugal, Argentina and Paraguay will play the first edition of this tournament from Thursday to Sunday

Lozano, Dídac, Adolfo, Antonio and Catela, with Spain, and André Coelho, with Portugal, the Catalan representatives

the blaugranas Lozano, Dídac, Adolfo, Antonio and Catela, with Spain, and Andre Coelhowith Portugal, will play in Argentina the first Futsal Final in history which is disputed in Buenos Aires.

A competition that pits the UEFA European Championship finalists against their Copa América counterparts from CONMEBOL.

So that, Spain, Portugal, Argentina and Paraguay will play from this Thursday to Sunday the first edition of this tournament.

The selection of Portugal, who is already in Buenos Aires since last Monday, will do so as two-time European Championship championwhere on February 6 they beat Russia 4-2 in the final

But how UEFA suspended the Russian team due to the war, Spain, which was third after beating Ukraine 4-1, will take its place in the tournament, which will be played at the Mary Terán de Weiss stadium in the City of Buenos Aires and which has a capacity for 15,500 people.

The champion of the Copa América was Argentina, who beat Paraguay 1-0 on February 6.

The albiceleste team won its third continental title this year after leaving the top candidate, Brazil, in the semifinals, which won the seven editions of the Conmebol Championship (predecessor of the Copa América) and three of the six with the new name.

For history and present, Portugal, Spain and Argentina are the top candidates for the title. Paraguay, four times runner-up in America (1998, 1999, 2015 and 2022) will seek to be the surprise of the tournament.

The tournament will start on Thursday at 10:00 p.m. when Portugal and Paraguay dispute the first semifinal.

At 00.45 hours it will be the turn of Argentina and Spain.

The final will be played on Sunday at 9:45 p.m.shortly after the match for third and fourth place, which will be at 7:00 p.m.

After winning last Friday the derby of the first league day (5-6), Velasco’s Barça stays in the picture due to the break due to international commitments.

Apart from the six soccer players who travel to Buenos Aires, three more players are also added to Japan.

Is about Pito, Marcenio and Matheuswho will play there two friendlies with Brazil against the Japanese team.

So only the injured remain in Barcelona Ferrao, and four other players: Feixas, Ortiz, Dyego and Sergio Gonzalez.

For this reason, They will train together with Barça Atlètic in afternoon sessions throughout the week at the Ciudad Deportiva, until the first team internationals rejoin the group on Wednesday of next week, on 9/21, just two days before the first game at the Palau against Córdoba Friday 9/23 at 8:30 p.m.

Tags: lush, Blaugrana, Indoor football
this is how the Meiland leagues are
El Burgo once again hosts the 24 hours of pioneering futsal in the province
Barranquilleros visits Inter Cartagena in the Futsal League
FOOTBALL 3685

Loading...
Newer Post
Futboljobs, the ‘Linkedin of soccer’, points to the United States after landing in Mexico
Older Post
Homophobic scandal in the NBA; “Look at these fagots! What has the world become?