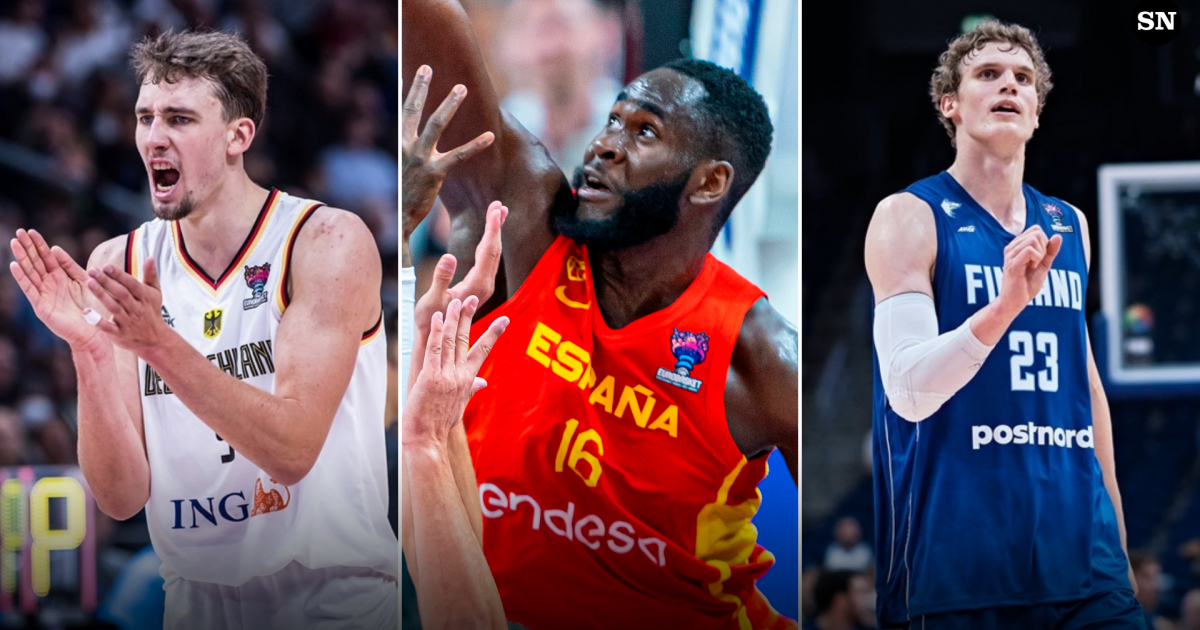 The eurobasket 2022 It is already part of history. The unexpected epic Spainconfirmation of France as a contender for the European throne or the f

The eurobasket 2022 It is already part of history. The unexpected epic Spainconfirmation of France as a contender for the European throne or the fantastic tournament he has held Germany are some of the conclusions that can be drawn from the championship.

An event that has seen three favorite teams fall with names like Nikola Jokic, Giannis Antetokounmpo and Luka Doncic to see how compact groups with limited talent rose up.

Beyond all this, it is time to focus on what happened at Eurobasket 2022 with the lenses of the NBA. That is why there are six conclusions left by this tournament.

Franz Wagner is going to be a star

The Orlando Magic may not have been the most striking and interesting team in the NBA last season, but if one thing was clear, it was that the Florida team had made the right choice in the Draft. And no, we are not talking about Paolo Banchero, but about Franz Wagner. The German guard has been uncovered as the great figure of his National Team with the permission of Dennis Schroder in his first international experience.

The Michigan-trained player has shown that he used his rookie year fantastically to take a tremendous step forward offensively. In fact, Wagner has finished among the 16 top scorers in the Eurobasket with 15.2 pointsin a tournament where he has beaten established figures such as Vasilije Micic, Evan Fournier or Domantas Sabonis.

The elegance and technical overflow of the German has led him to be a real sensation, endorsing 32 points for Lithuania and 19 for Greece. The negative part was the fact that he suffered a sprained ankle in the middle of the Group Stage, which affected him significantly.

Lauri Markkanen’s roof is yet to be discovered 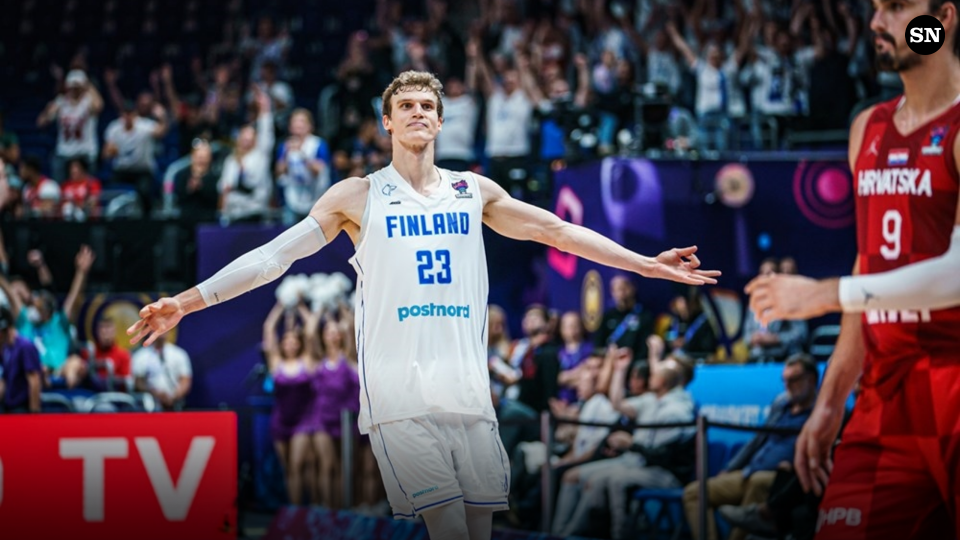 Right after being traded from Cleveland to Utah Lauri Markkanen showed his new franchise that he can end up becoming his new image. This is not something to be said for saying as the Finn led his country to the quarterfinals of a Eurobasket for the first time in its history.

A milestone for the Nordic country that has been possible thanks to the talent of the interior to score. A Markkanen who has finished the European tournament like the top scorer thanks to 195 points, that is, 27.9 per game.

Although Markkanen was the great reference for Finland, someone capable of assuming 26% of his team’s total field goals, the interior has been one of the best of the entire tournament. This has not been another example of a great player in a small team, integrating perfectly into the general dynamic, especially after the match against the Czech Republic.

Thus, the 25-year-old has sent a clear message to the Utah Jazz: They have a diamond in the rough on their hands.

Usman Garuba is ready to make an impact in Houston 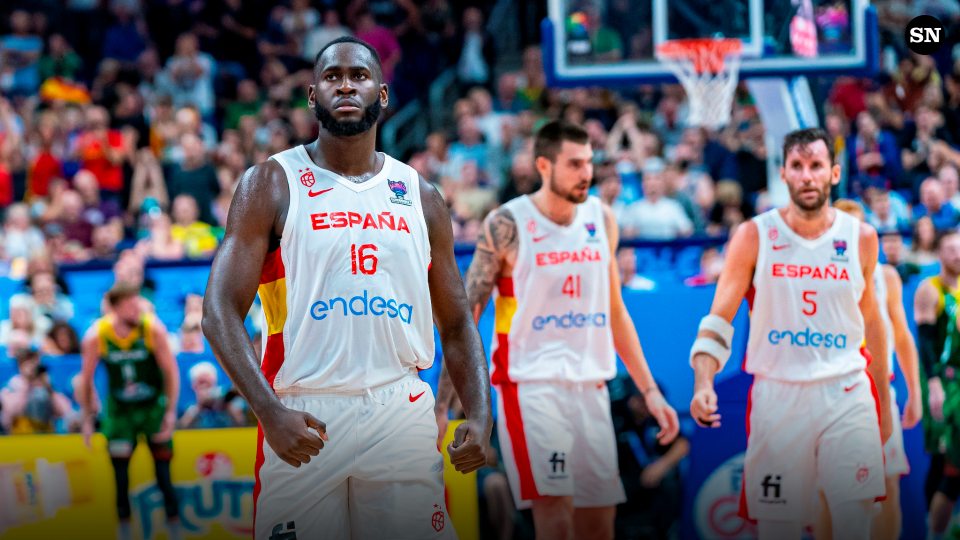 This Eurobasket was called to mark a before and after in the short career of Usman Garuba. After making the leap to the NBA at just 19 years old, his first season was not easy at all. Injuries, health problems, various misfortunes and little prominence in the Houston Rockets prevented him from being able to enjoy minutes consistently or even in absolute terms.

In fact, as if all this were not enough, in the run-up to the Summer League suffered a serious ankle sprain that set off alarm bells. The former Real Madrid player arrived at the concentration camp with Spain still limping, but he was recovering his form as the weeks and matches passed. Thus, the Castilian-La Mancha player evolved as the National Team took steps forward, in such a way that when it came time for the elimination phase Garuba was more than up to the challenge.

The defensive level that the young insider has offered has been at the level of proven professionals with a lot of experience in this type of tournament. Garuba has been one of the central axes of Sergio Scariolo’s second unitcentered around the small-ball and the defense, as a good account Alberto Díaz’s Eurobasket can give. But the thing does not end there since the Spaniard has signed a defensive ratio of 96.7 for a net rating of +17.9. This last fact makes it clear that Garuba has also had an impact in attack, but not as a scorer, but reading the game and facilitating actions for the rest, something vital in someone of his role.

Proof of this has been his assists and passes that have given air to the Spanish National Team on more than one occasion.

Usman Garuba gives much more than he contributes in defense

A few cuts in detail and notes of this type of actions in his #EuroBasket pic.twitter.com/6JOGUkb2Y6

Alperen Sengun has to be a starter with Rockets 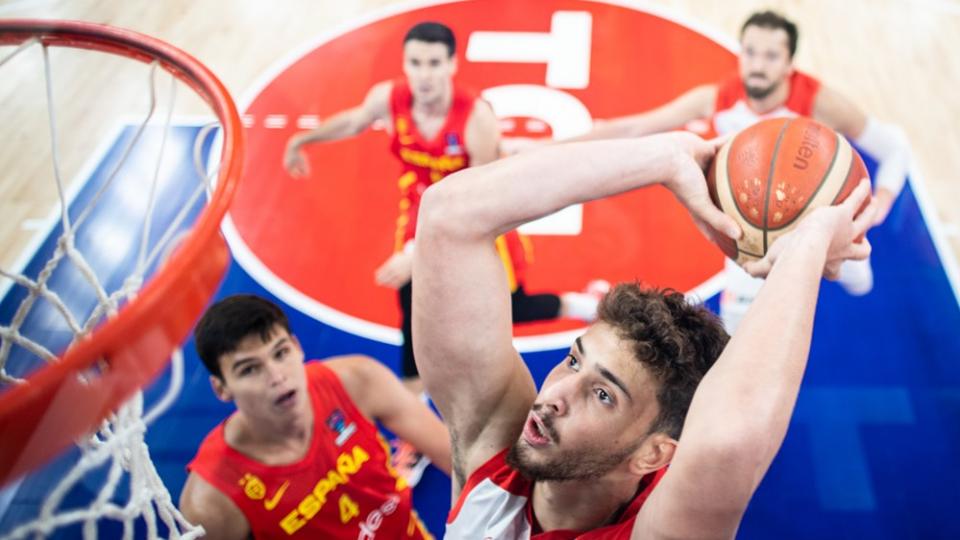 You don’t have to go very far in the NBA geography to find someone who has hit the table during this Eurobasket. Alperen Sengun has not only confirmed the expectations that were held for him after being MVP of the Turkish league in 2021 and an almost lottery pick in the Draft, but he has also shown that he is willing to start in the American league.

Although the young midfielder is still very emotionally swayed and could influence the outcome of his team, Sengun finished the tournament as the top scorer in Turkey thanks to 16.5 points (12th best brand), adding 8.7 rebounds (7th overall) and 61.8% efficiency on 2-point shots.

Farewell to Christian Wood from Houston has widened the path to the Rockets’ starting lineup for Sengun, who should occupy that role and perform according to the demands. Very good feelings with the player of only 20 years.

Gobert and a proof of his fit with Wolves 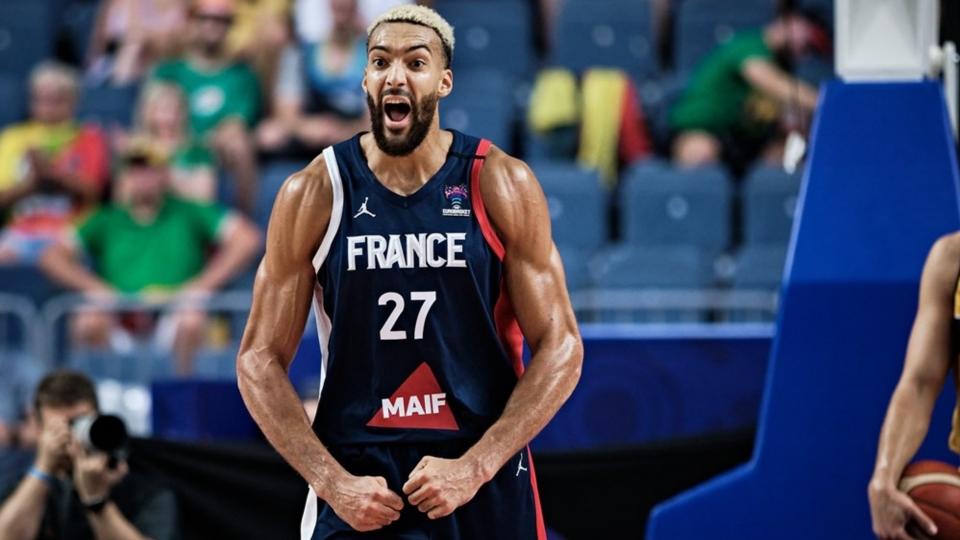 France has more than fulfilled its objective in this eurobasket 2022 And that’s largely thanks to the work Rudy Gobert has done on both ends of the field. The Minnesota Timberwolves new player He has been constant, solid and decisive, especially in defense as it could not be otherwise. However, and beyond entering to analyze the dimension of its importance for the French team, there is a detail that they will surely have taken note of in Minneapolis.

And it is that the French National Team has played for a good number of minutes with two pure fives: Rudy Gobert and Vincent Poirier. A total of 12 different lineups have integrated these giants, of which 8 of them have left positive records in the Eurobasket according to InStat. The curious thing about this detail is that neither of these two interiors has a remarkable exterior shooting range, which dAll the more reason for the Wolves in their theory that Gobert will fit in alongside Karl-Anthony Towns.

Jaime Echenique basketball: Jaime Echenique: his arrival in the NBA, basketball in Colombia and more | Present
Towns, LaVine, Trae… There is already a triple contest
NBA Rumors: The 3 teams that will try to sign Derrick Rose
NBA 3495