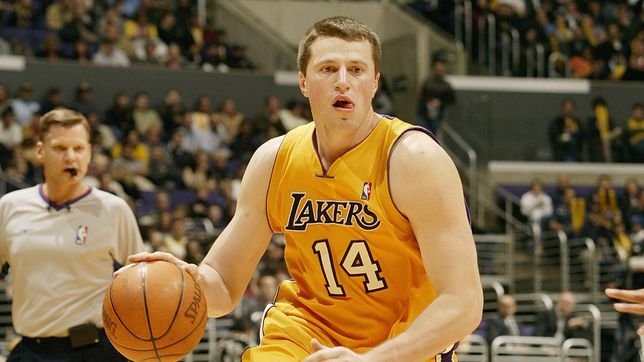 Ukrainian athletes have sought ways to help their countrymen after the Russian invasion and now it was the turn of former basketball player Slava Medvedenko.

The Associated Press reported that Medvedenko will auction off the two rings he earned as part of the Los Angeles Lakers’ roster that won the 2001 and 2002 NBA championships.

The former basketball player has a foundation, Fly High Foundation, and through it he hopes to help Ukrainian children. Medvedenko told the AP that indoor sports are the last priority for the Ukrainian government and that with winter approaching, gyms must be rebuilt.

“We want to restore the gymnasiums because the Russian army has bombed more than 100 schools. Our country needs a lot of money to repair schools. Gym sports are last in the repair order. In Ukraine, we have winter and children need to play inside,” Medvedenko said.

His final season, 2006-2007, was spent with the Atlanta Hawks in a reduced role. The power forward played 14 games, none in the starting five, with an average contribution of three points and one rebound.

Before coming to the NBA, Medvedenko played with Budivelnyk Kyiv, and with the now-defunct Alita Alytus and BC Kyiv. The Ukrainian appeared for the Draft in 1998, but was not drafted.

Medvedenko after the NBA

After his retirement from the courts, Medvedenko became a politician. In 2020 he was part of the list of candidates for the Kyiv city council through the Holos party. Unfortunately, the ex-NBA party only won nine seats; he was in the eleventh position of the list.

The 21/22 season: The best in NBA history?
NBA celebrates 75 years with the duel of Toronto and New York
Silver praises ‘parity’ between NBA teams
NBA 3149