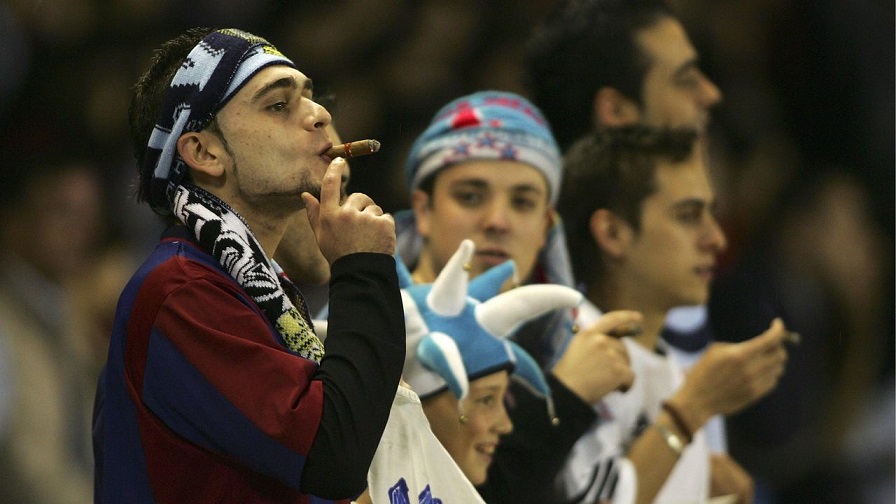 The Spanish Association Against Cancer (AECC), member of We are patientscalls for the development of regulations that, coinciding with

The Spanish Association Against Cancer (AECC), member of We are patientscalls for the development of regulations that, coinciding with the launch of the 2022-2023 season of the leagues of football both professional and amateur, release the stadiums football of our country smoke of the tabacco.

As the AECC explains, “the law current protects society against tobacco smoke in closed spaces, but it is insufficient when it comes to protecting the population in general and minorsin particular, against environmental tobacco smoke in open spaces”.

Today, and given the COVID-19 protocol which, approved by the Interterritorial Council of the National Health System (CISNS) on April 1 of this year, prohibits tobacco use and related products during a sporting event –both indoors and outdoors–, smoking is not allowed in the stadiums. Nevertheless, there is no regulation planned in this regard once the pandemicleaving the decision of whether or not to smoke in their facilities to the will of the sports clubs.

In this context, after approving its Law on additionsthe Basque Country is the only autonomous community that has legislative regulations that no smoking in all closed and semi-closed spaces public use regardless of their public or private ownership, in the case of football stadiums or gables.

As regards level privateFC Barcelona, ​​Málaga CF and Deportivo de la Coruña prohibited the consumption of tobacco in their stadiums, while Atlético de Madrid and Valencia CF, among others clubshave recently enabled smoke free zones in its stadiums and sports cities.

Finally, and with regard to the international arena, smoking is prohibited at the events of the FIFAcase of the Soccer World Cup, and the UEFAcase of the League of Nations -in which it participates Spain–, with the organizing countries being responsible for guaranteeing compliance with this law. Likewise, there are several European countries that have regulated the prohibition of smoking in professional and amateur stadiums –case of the United Kingdom, which prohibits the consumption of tobacco in the stands after approval, in 2007of its ‘anti-tobacco law’.

In short, concludes the AECC, “the current ‘anti-tobacco law’ must be updated so that all sports facilities, whether public or private, at a professional level and at a training level, are smoke-free spaces”. Not surprisingly, tobacco causes every year over 50,000 deaths in our country multiplies the risk of minors developing lung cancer in adulthood. And to this is added that the normalization of its consumption promotes that youths start smoking at an early age – the average age of starting consumption is currently set at only 14.1 years– and let it be the second most consumed toxic substance between 14 and 18 years old.

– Today, 91 cancer patient associations are already active members of Somos Patients. And yours?

Tags: Health, legislation, associations
The main recommendations for those who want to play golf for the first time
Lewis Hamilton leads the ranking of highest paid drivers in Formula 1
5 benefits of practicing boxing
FOOTBALL 3660